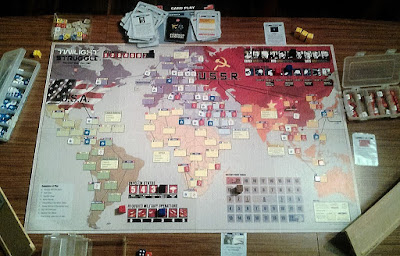 I have been spending a little time with the classic above and it has been goooood. During the last game with Al, I managed to trigger a thermonuclear war, having drawn a number of war cards and been unable to dump them to the space race. Plenty more meat on the bone of this one. 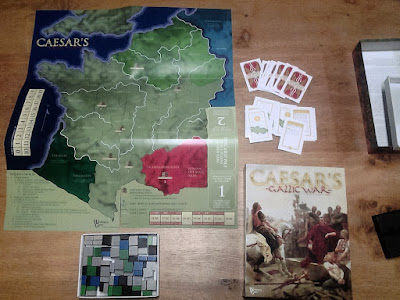 I acquired Caesar's Gallic War on ebay recently, it's a block war game by Worthington games set during Caesar's campaign to pacify Gaul. Looks interesting and has been described as "Hammer of the Gauls", taking as it does many influences and mechanisms  from Columbia Games "Hammer of The Scots". I hope to do an unboxing in the near future. The wife has been known to raise her eyes to the gods and shake her head at my viewing of unboxing video's. She doesn't understand this is vital research, vital knowledge etc etc. It in no way means that I am a sad and obsessed grognard game addict, who needs to get out of the house more or at least undertake counselling for Peter Pan syndrome, the boy who never grew up.

Screw that, I will do the video when she is out shopping, I'm not mad and I don't have a problem. 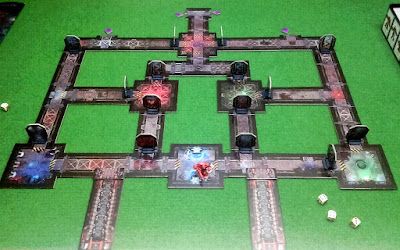 Finally my son and I followed Rodney Smith's "Watched it Played" youtube videos for "Space Hulk". We both enjoyed them so much that I bought a copy. Three games later and he is not hooked. My daughter has expressed an interest in playing a game so I will hold on it for a little longer, but it may be be shown the door soon if it fails to gain some traction. Not sure if an introduction to "Aliens" will improve the games up take or hinder it. 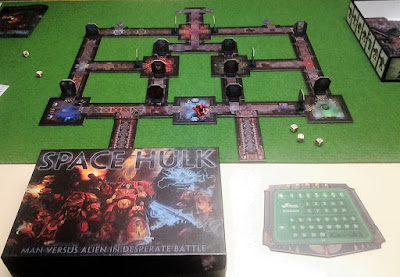 Email ThisBlogThis!Share to TwitterShare to FacebookShare to Pinterest
Labels: block game, Board game