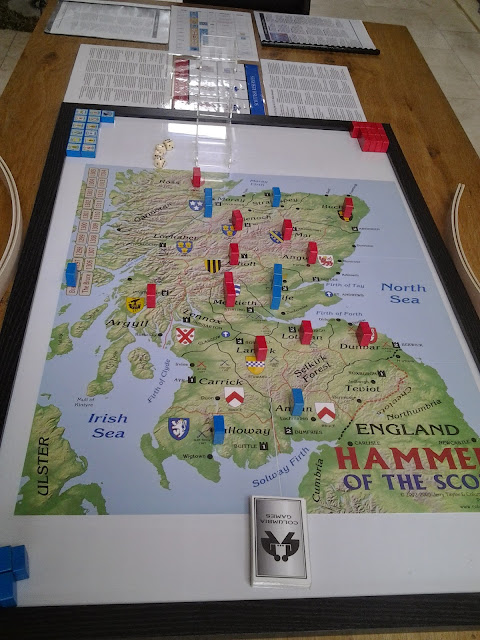 Al and I have being indulging in "Hammer of the Scots" recently, a fun intro wargame, It is light and frothy but now its time for a change of pace, time for a more meaty dish. That dish is best served cold, a Cold War - Twilight Struggle. In talking to Al he informed me that he was at school and remembered the 1962 Cuban missile crisis. Similarly I remember many of the late war event cards from this classic card driven game. We plan to commit to a number of games of  "Twilight Struggle" as repeated plays leads to familiarity of the card deck which in turn will lead to greater enjoyment. 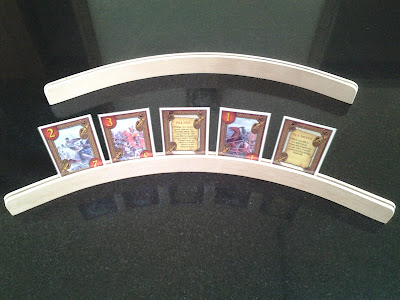 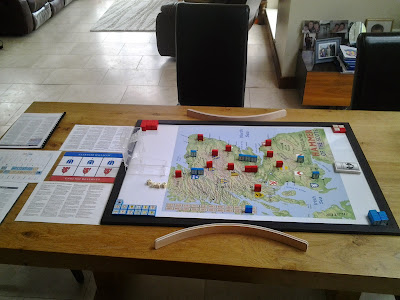 Email ThisBlogThis!Share to TwitterShare to FacebookShare to Pinterest
Labels: Board game, Hammer of the Scots, Twilight Struggle