Qcon 2016 has been and gone. This year, I travelled to Belfast with fellow geeks Arthur and David S. We stayed in Queens accommodation, a short 10 minute walk from where Qcon was taking place. It proved to be an ideal location, as we could line our stomachs with a full breakfast before heading to the con itself for some quality gaming. I snapped a few photos using my phone during the event, be warned some of them aren't great. I have used the best below.

As normal we attended the comedy event in the Mandela Hall on the Friday evening to watch the award winning Adam Bloom, supported by Donal Vaughan  with the usual compère Colin Murphy. One of the better comedy events was the general consensus on the night.

One of the highlights of this year's Qcon was getting to play Condottiere a game which I have been looking to acquire for some time now, but which sadly is out of print. Happily fantasy flight are due to release a reprint later this year. 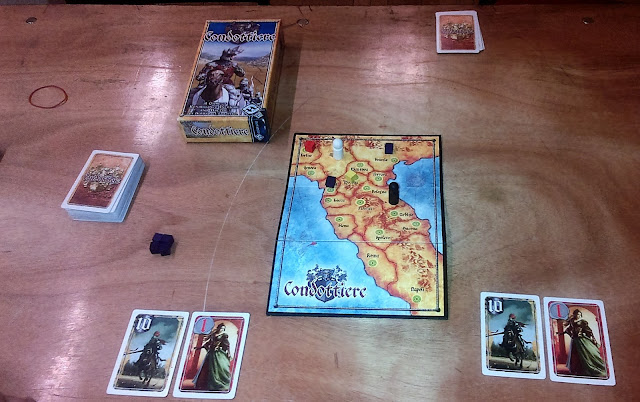 On the Saturday we went old school wargaming with Soldier King. While fun, it is not something I would rush to play again as it has dated and shows its age and there are just to many more interesting modern wargames, with better mechanics. 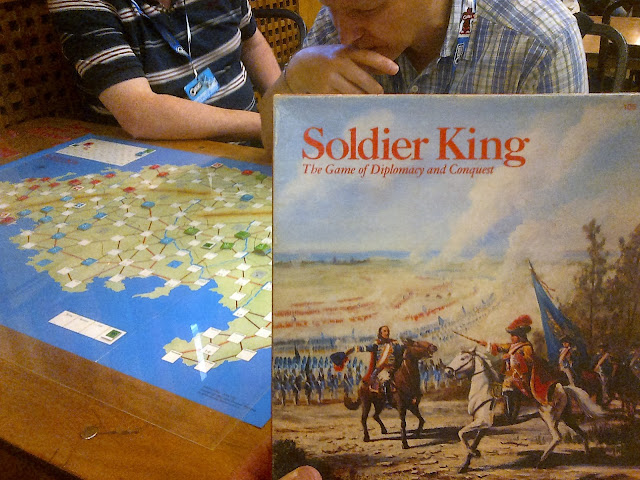 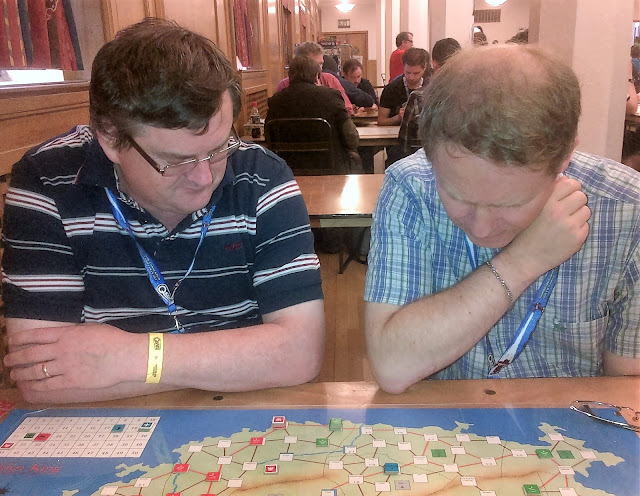 On Sunday we played the excellent Triumph and Tragedy with Darragh, to the right in the photo below, jumping in for myself mid game. Arthur (Germans) made an early stab against the Western Allies played by Dave. He managed to take Paris but failed to launch operation Sealion against England, as Darraghs Soviets piled in on his eastern front. As always with "Triumph and Tragedy"  a great game with the participants discussing the what if's and if onlys post game and making plans for how they would approach the game if playing again . 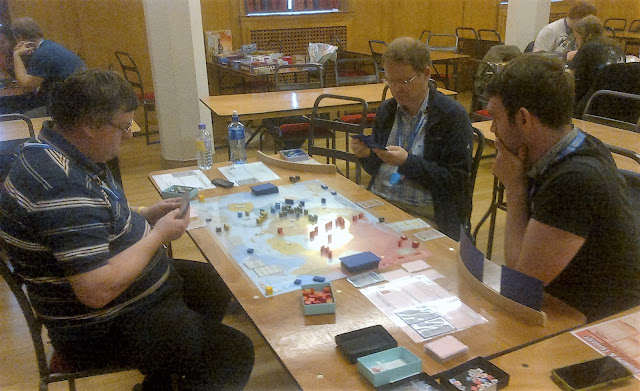 A big thanks to Dave, who introduced us to a number of fun games over the weekend and as always it was great to meet new grognards like Darragh, who like ourselves, have the wargame fever. 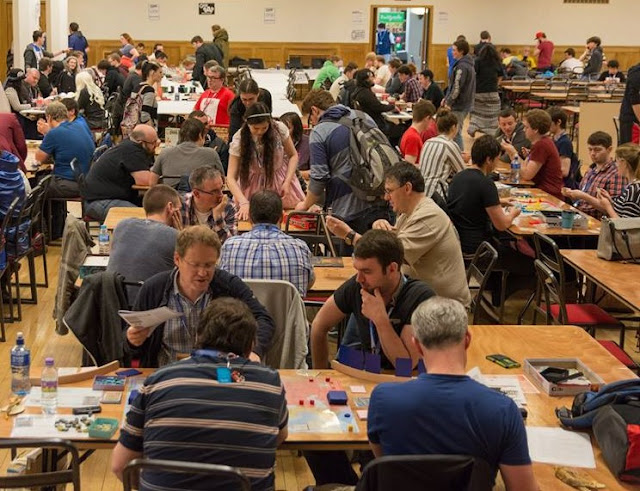 Email ThisBlogThis!Share to TwitterShare to FacebookShare to Pinterest
Labels: QCON