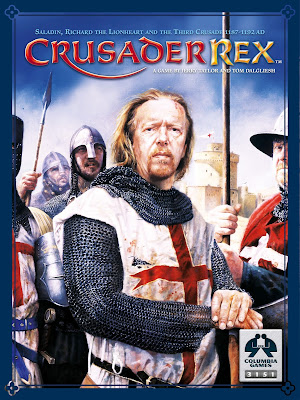 Recently I have been playing a few games of Hammer of the Scots. Hammer has been a regular visitor to my table over recent years. So when I had the opportunity to make a trade for its close relative Crusader Rex , pictured above,  I jumped at the opportunity. Crusader Rex is a block wargame set in the 3rd Crusade. The objective is to control victory cities including Acre, Jerusalem and Antioch.This game shares many of the mechanics applied in Hammer of the Scots with subtle differences such as sieges, harrying, mustering and the hit and run ability of the Saracens and the Knights charge of the Franks. 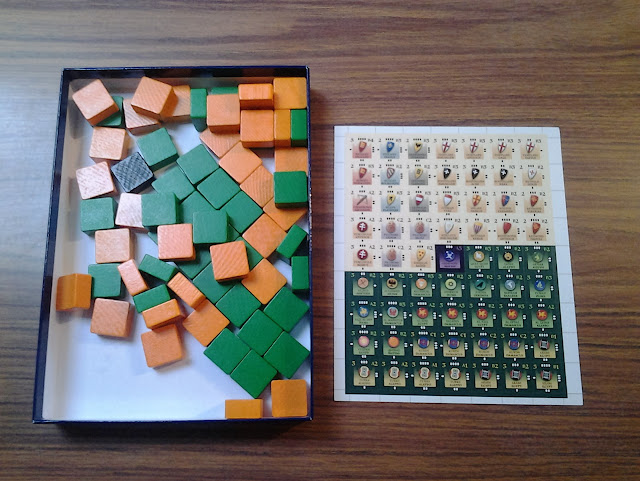 
I was delighted to find that the game was new and in shrink when I opened my parcel, so I settled down to a beer and a couple of hours of sticker on block action. 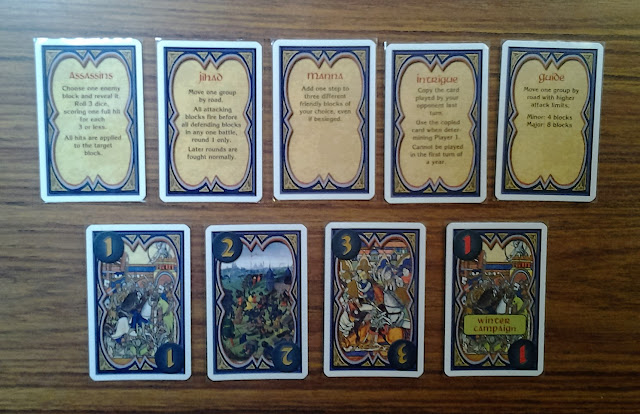 
Followed by the sleeving of the cards. I did notice that the game will require a perspex sheet as the board is light card and doesn't lay flat. 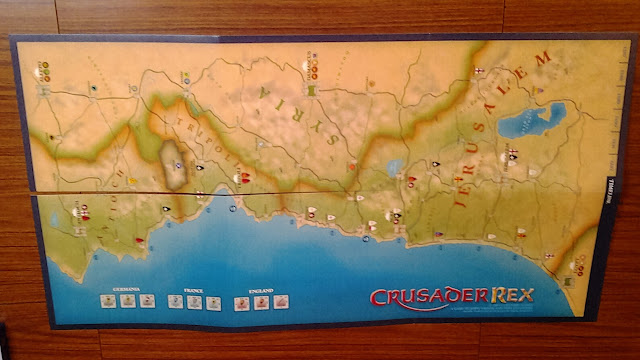 So with all this done its time to play cards, shift some blocks, roll dice and curse or cry as events unfold.
Posted by decb at 8/21/2016

Email ThisBlogThis!Share to TwitterShare to FacebookShare to Pinterest
Labels: block game, Board game