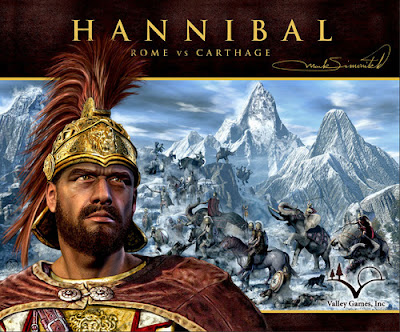 I was home alone this weekend and had the opportunity to break out a classic and number ten on "Board Game Geeks" wargame list "Hannibal Rome v Carthage". I have the Valley games version of this CDG (card driven game) and it is a thing of beauty. The game has the fantastic large jigsaw piece playing board, striking box art and wonderful battle and event cards. It has been sitting unloved on my shelf for almost two years and now I have had the opportunity to give the rules a good going over alongside playing a couple of game turns. My first thought after this look over is why has it languished on my shelf for so long. Time to get this little beauty to a table top asap. 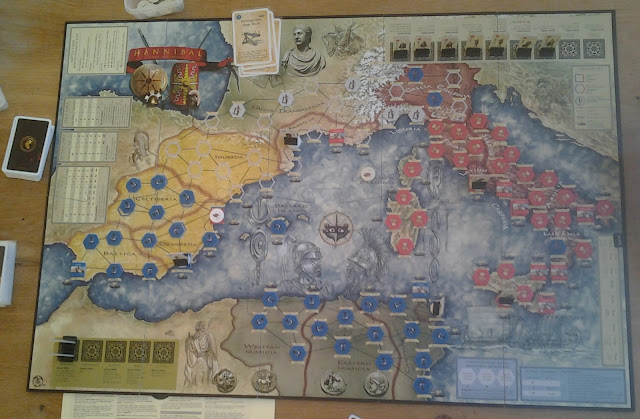 A new version from Phalanx games is due to hit Kick Starter shortly, which will included miniatures for the leader pieces as well as the expansion "Hamilcar: First Punic War". The Hamilcar game board is going to be printed on the reverse side of the Hannibal board. You would expect that the kick starter will meet its funding goal without a problem as the game has been out of print for some time.
Posted by decb at 2/17/2016