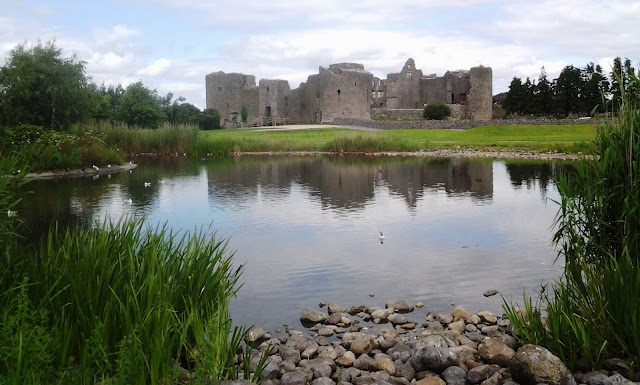 Been a while since a blog update, largely because I have been on holidays. While in Roscommon I took the following snaps of Roscommon Castle. Built by the Norman Robert de Ufford in 1269, it was rather imposing and located in a wonderful park. De Uffort justiciciar of Ireland built the castle on lands he had seized from the Augustinian Priory.  It  was besieged by the Connacht King Aodh O'Connor in 1272 and eight years later it was again in the hands of the English garrison, and fully restored. By 1340 the O'Connors regained possession of it, and held it for two centuries until 1569, when it fell into the hands of Sir Henry Sidney, Lord Deputy. In 1641 the Parliamentarian faction gained it until Confederate Catholics under Preston captured it in 1645. It remained in Irish hands until 1652 when it was partially blown up by Cromwellian "Ironsides" who had all the fortifications dismantled. It was finally burned down in 1690 and  gradually fell into decay. 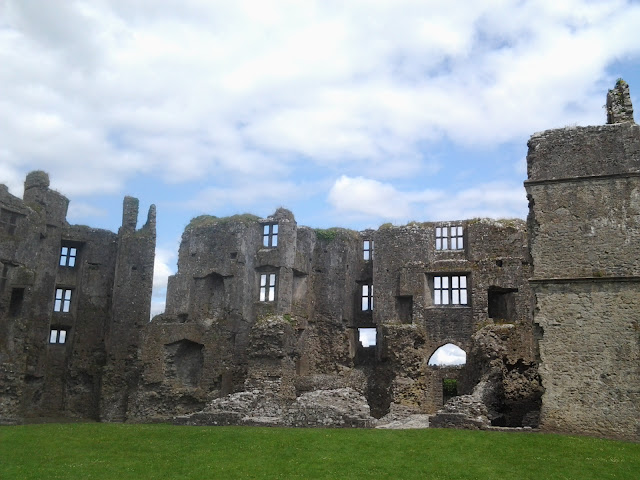 View from inside the walls. 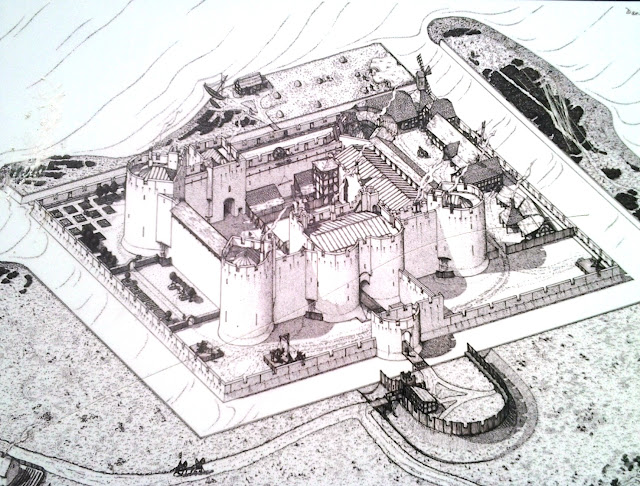 What the castle would have looked like in its prime.
Posted by decb at 8/29/2015