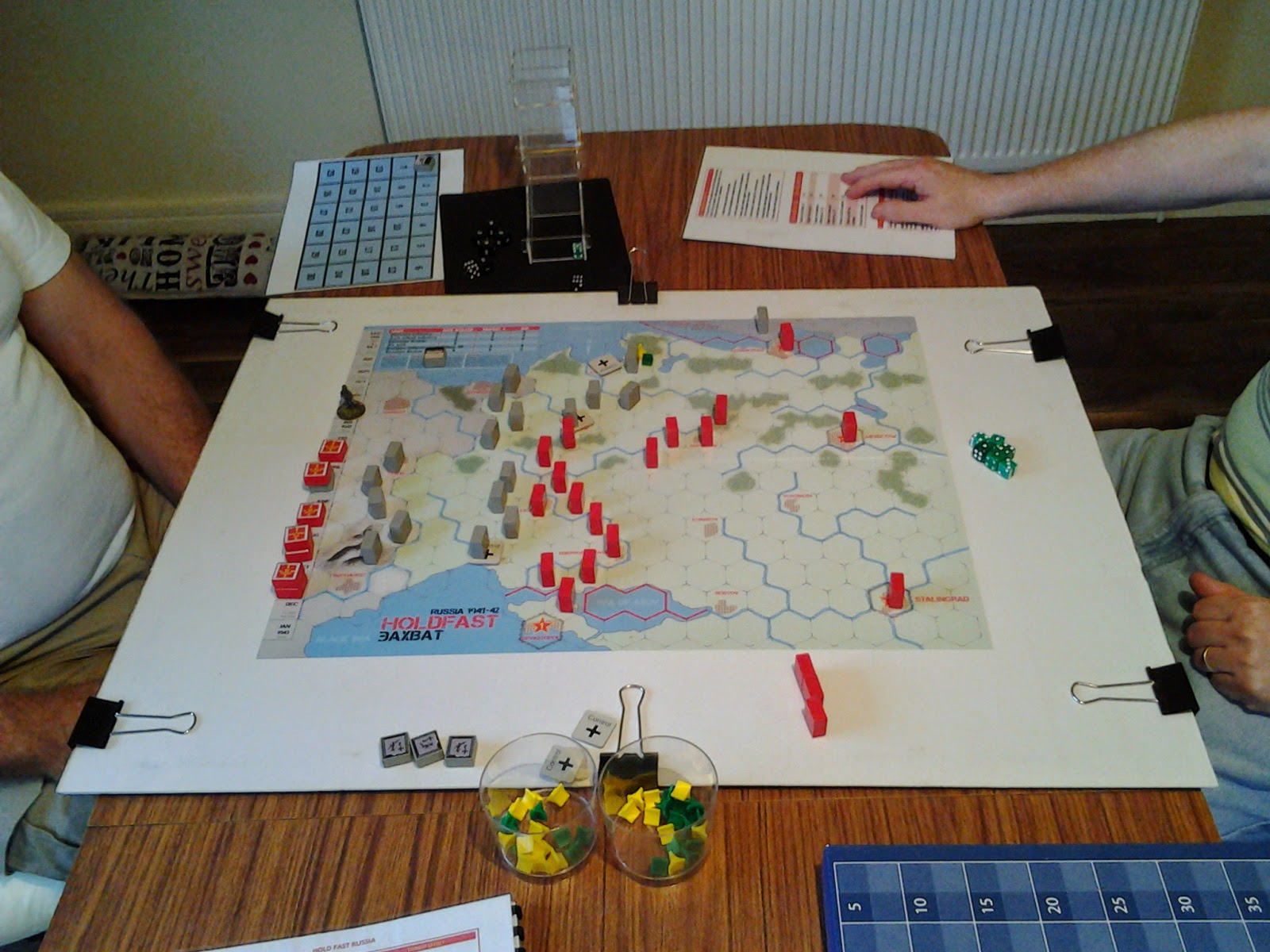 For a while now I have been on the look out for an east front World War Two game. I had been looking at "No Retreat- the Russian Front", "EastFront II" and "A Victory Lost". Then I heard Judd Vance from "HAMTAG" fame recommend "Hold Fast Russia" an a week later I had purchased the game.

"Hold Fast Russia" is a strategic World War II game on the Russian Campaign by Worthington games. It is the first in the companies "Campaigns of World War II" series, next up is the Battle of the Bulge. It uses wooden blocks for fog of war and hex movement. Clean mechanics and a manageable number of units allow the entire 41-42 campaign to be played in a evening. Objectives are clear, hold two of the three victory location cities at the end of the game. With mud and supplies a constant factor, German armour and Luftwaffe always a threat and the winter bringing a boost to Russian, their is enough in this game to provide an interesting challenge. 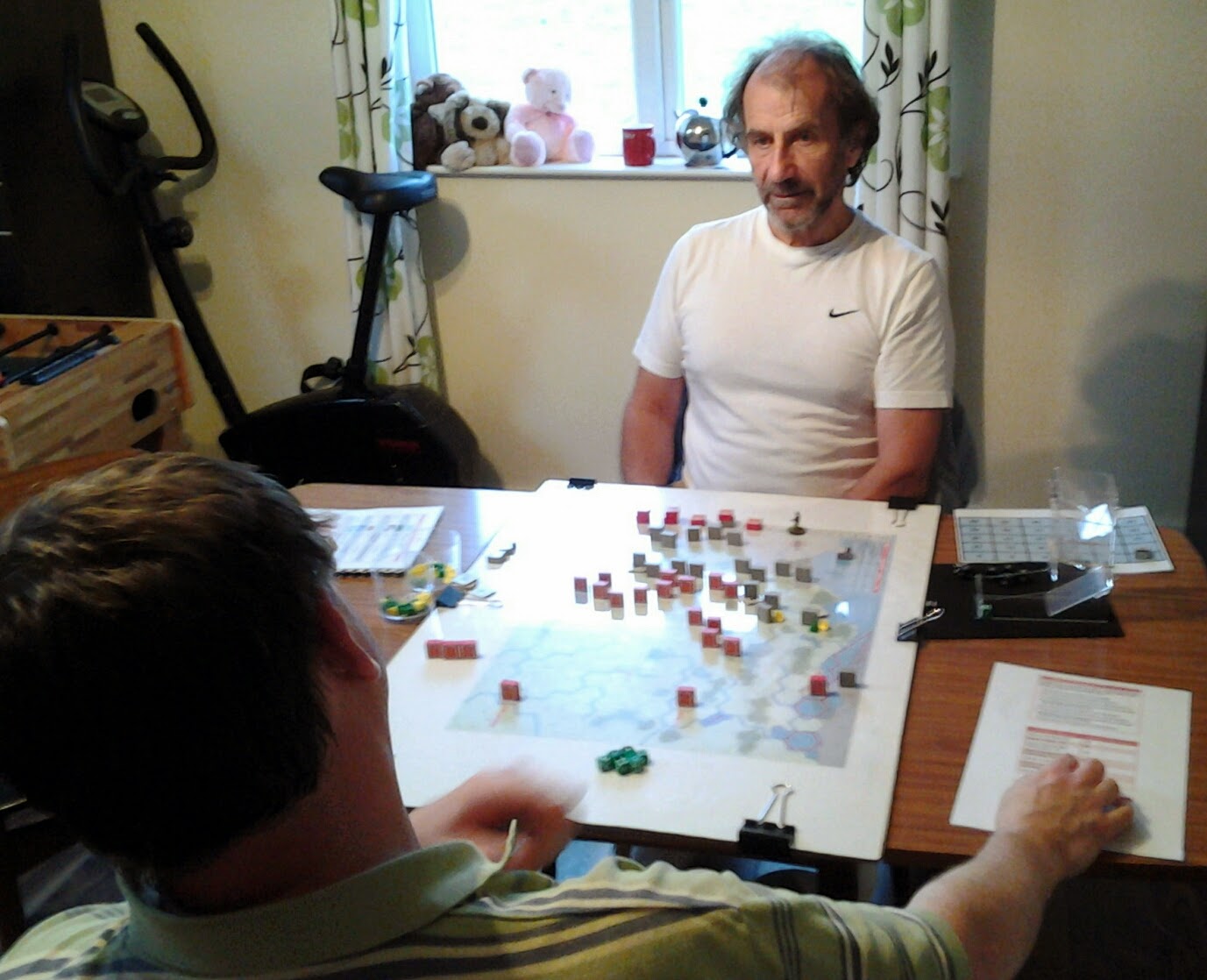 I have played one game and taught another to a few of the crew. We all have enjoyed it and look forward to playing another game, trying out new tactic's and different plans of attack. The game allows for break through and pocketing, the surrounding of units and their elimination as they run out of supply. This is a tactic we have under utilised to date. 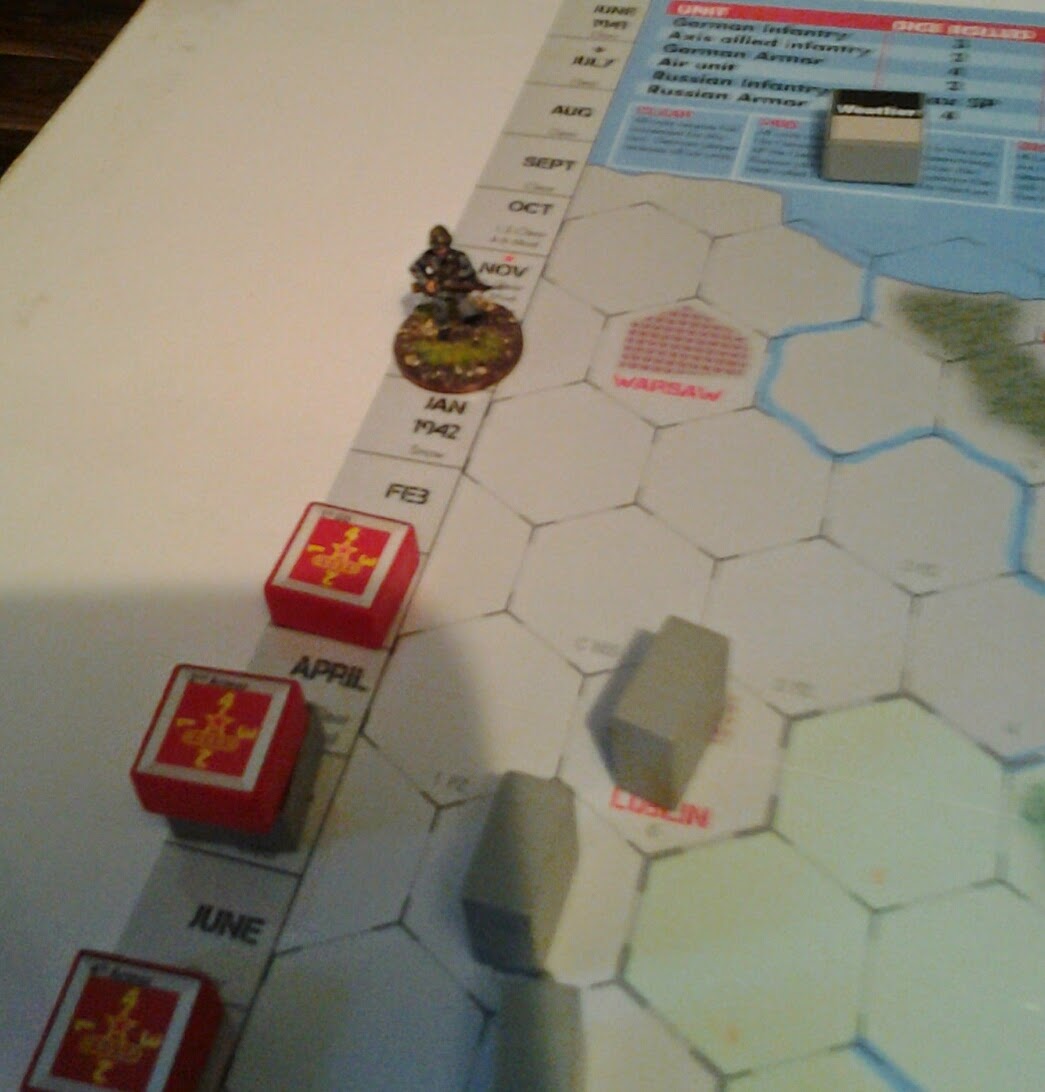 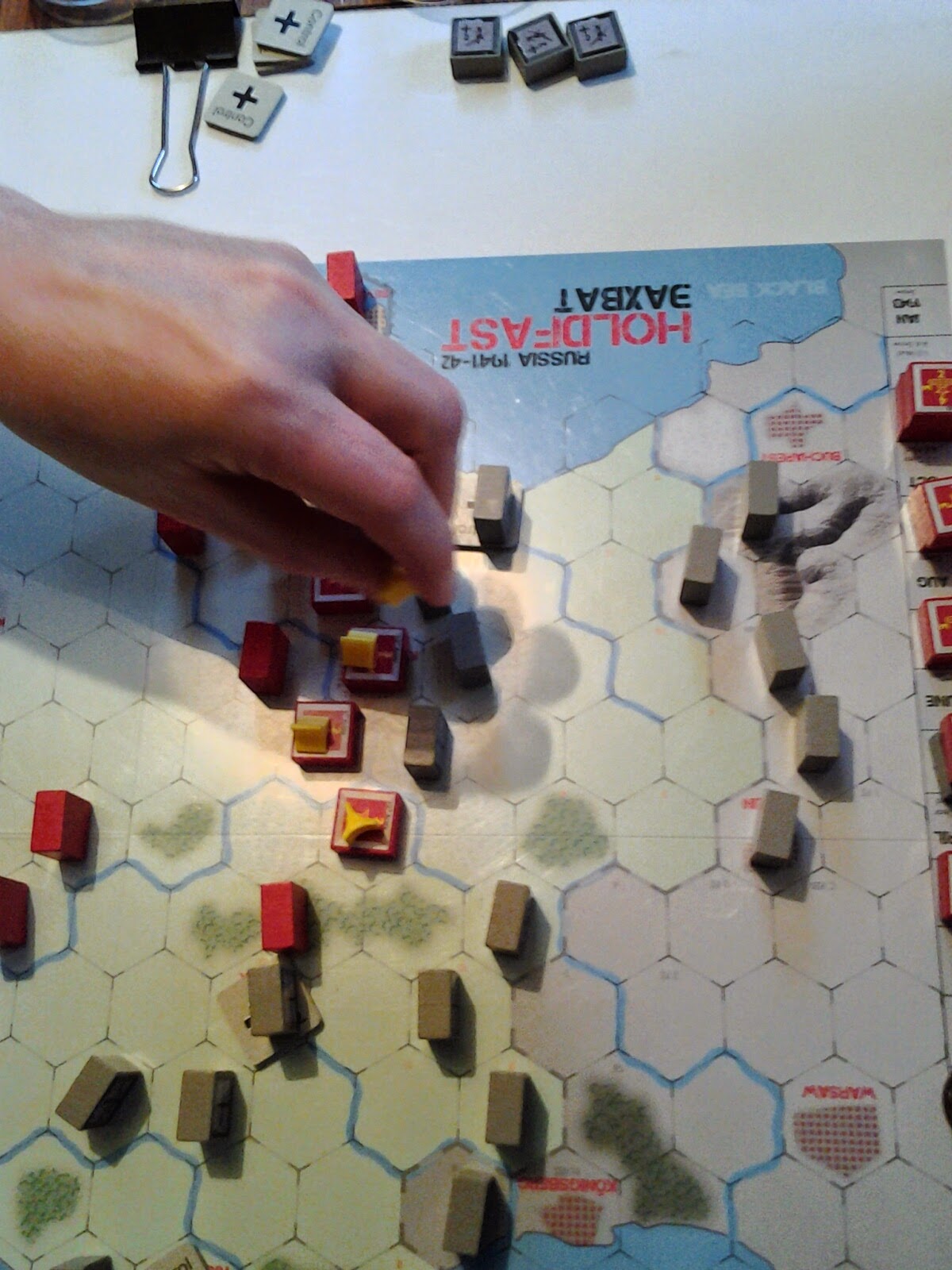 It would be great if an early war or western front version was created which could be added to the Russia front to create one over arching campaign. In conclusion this is an elegant and simple game with a great balance between realism and playability. I look forward to more gem's from the series.
Posted by decb at 8/25/2014