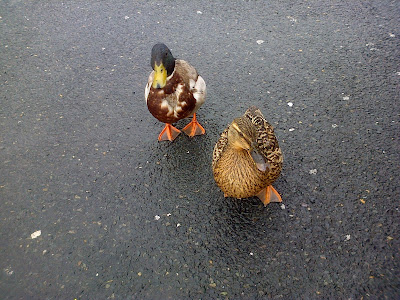 Last Saturday I bid farewell to Fermanagh and headed to Sligo for the day. I was seen off by a pair of ducks who happen upon my departure. The reason for the trip was to attend the "Flat Earth Gaming Clubs" meetup at the Sligo City Hotel.The event was well attended with over twenty five gamers participating in a range of miniature table top, card and board games. 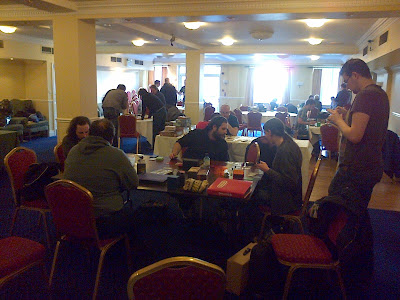 During the day I managed to play Skull, Maneuver, Samurai - the card game, Eldritch Horror, Ingenious, Tsuro, Shadowrun-Cross Fire and Hive. As always at such events it is the people who make it and it was wonderful to play with Nathaniel, Mairead, John and Dave. I felt sorry for Mairead, who spent 4 hours playing a game of Eldritch Horror which we eventually decided to call it quits on, poor Mairead then had to go to work and a night shift at that! Kudos to John, who was introducing us to the game, for the stamina shown in teaching what turned out to be a marathon game session. 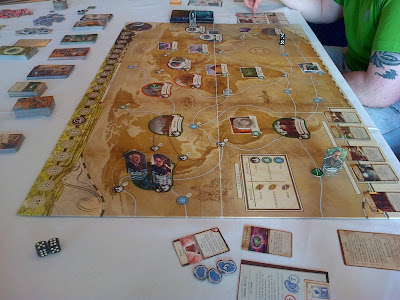 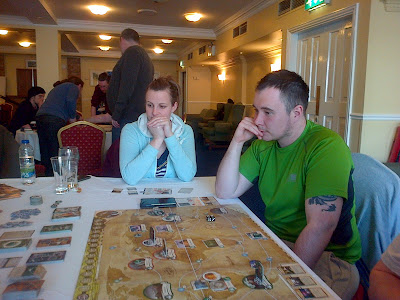 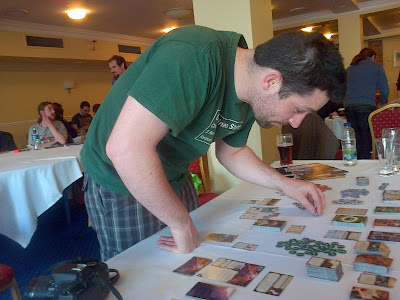 A special thanks must go to Wayne O'Connor the co-ordinator who organises and facilitates the event. A most enjoyable day all round.
Posted by decb at 6/10/2015

It occurred to me that this might be something you're interested in. We're thinking of running a Waterloo day on the 20th. A command and colours multiplayer outing using the published Waterloo scenario and home brew Quatre Bras.

I imagine you're probably not free at such short notice (and it's not 100% certain that we'll be able to go ahead) - but I thought I might ask.