Below are a couple of five foot by three foot posters recently hung in my living area. I have included a blurb underneath the image. Love the facial expression of the French soldier. 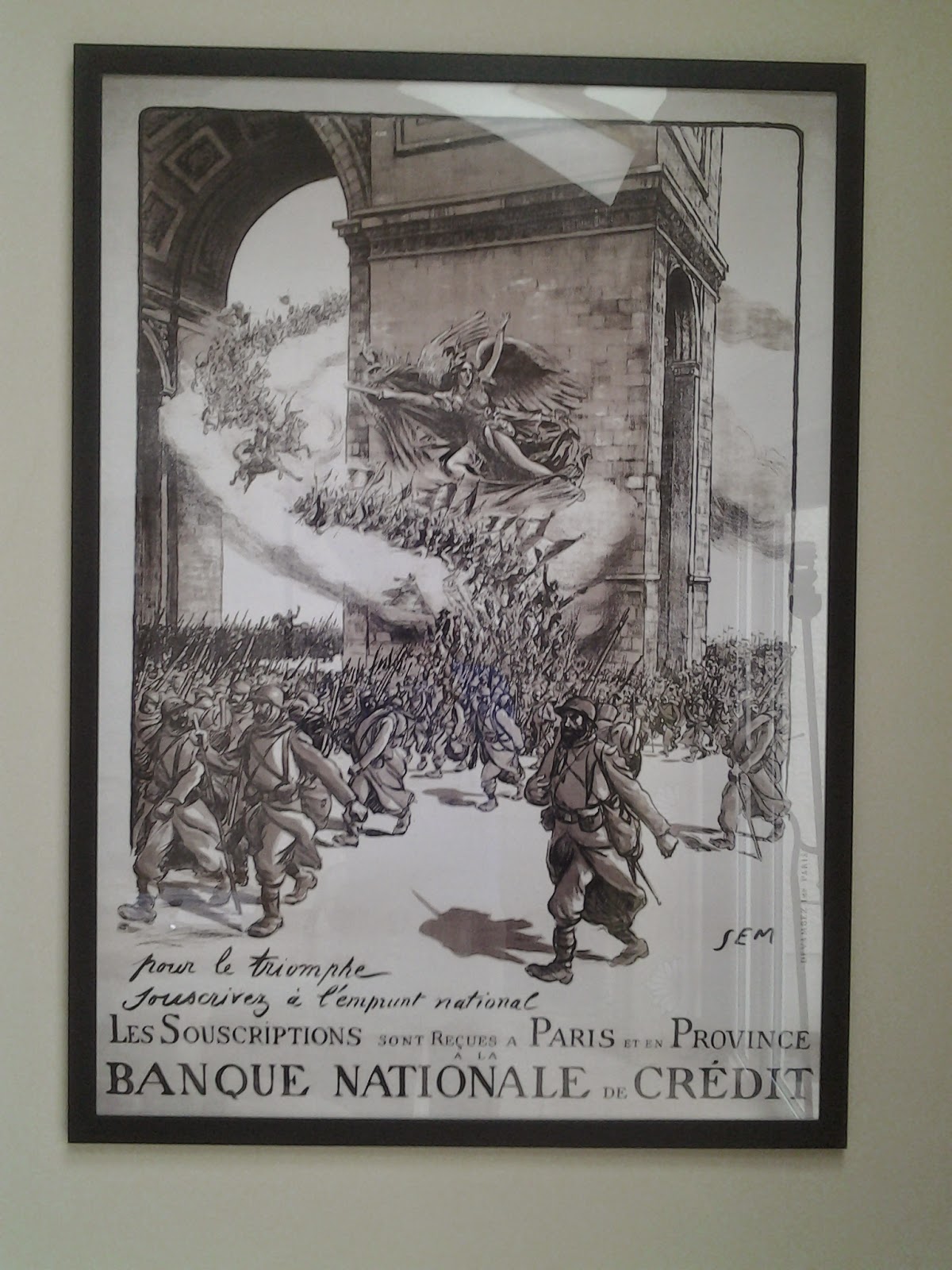 This 1916 poster, depicts a vast French army marching underneath the Arc de Triumph in Paris. In a reference to its triumphant history, a celestial column of Napoleon's Grand Army descends from the monument on a curling cloud and join their real-life counterparts.  This poster's goal is to play on the population's patriotism in a time of war. Designed to persuade the population to loan money for the war effort, it states, "For victory subscribe to the National Loan. Subscriptions are taken in Paris and in the Provinces at the Banque Nationale de Crédit."Artist Georges Goursat (1863-1934), better known as Sem, attained a high level of success with his portrayals of Paris at the turn of the century. The caricaturist was a member of the Salon des Humoristes and an officer of the Legion of Honor. 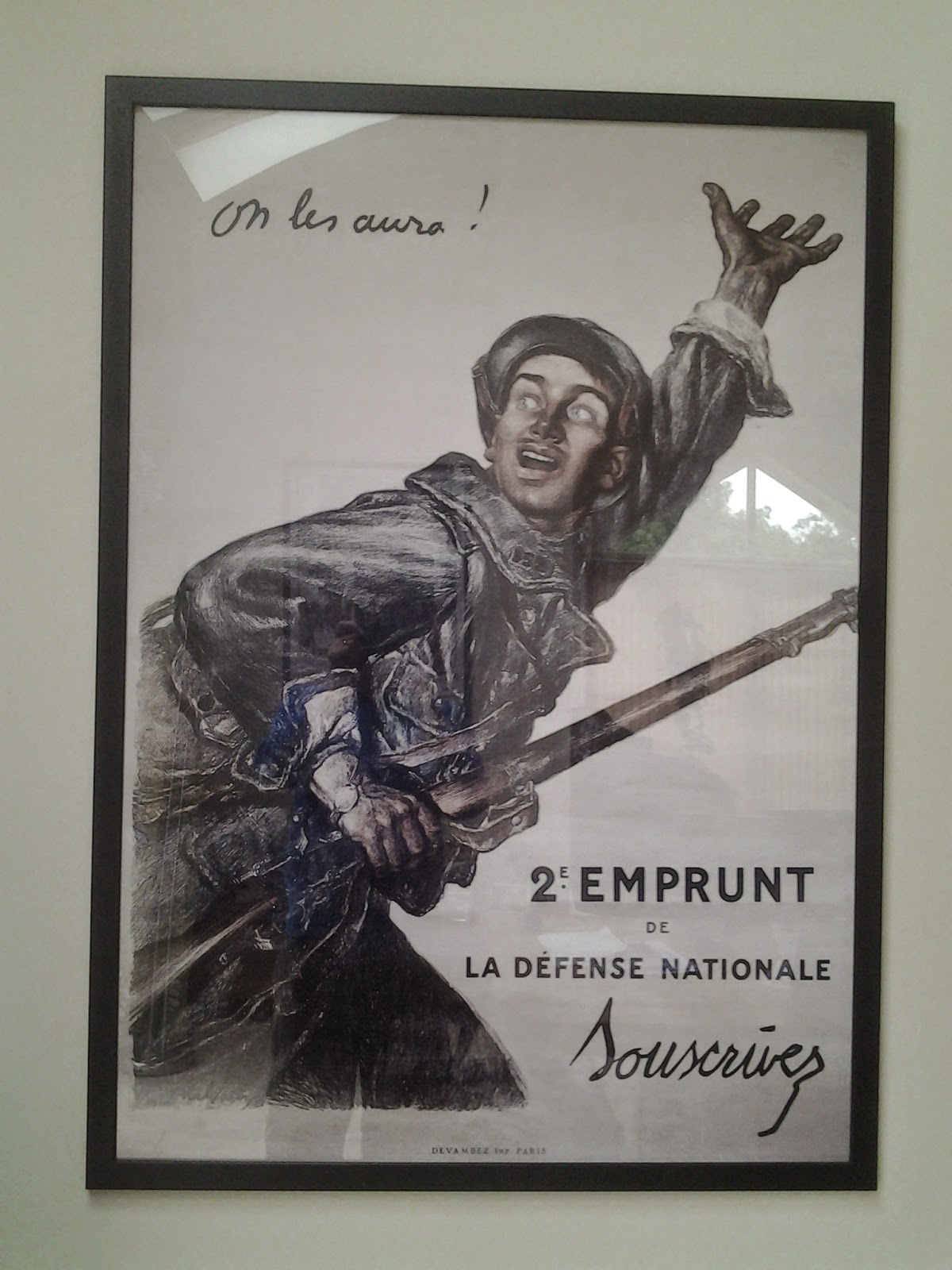 ON LES AURA! ~1916, “Courage we shall get them”, Original French World War 1 poster (31″ x  47″) designed by Jules Abel Faivre  (1867-1945) for subscription to the  2nd national defence war fund. This image, a French soldier with gun in one hand and the other raised urging his comrades on, became one of the most famous propaganda poster images of the great war and was so popular that it was retitled and reused for the second world war by the US Army. Abel Faivre earned more individual fame by his deigns than any other French poster artist during the war and this image, above, became the visual patriotic mascot for the French.