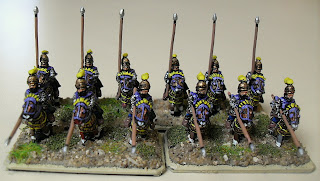 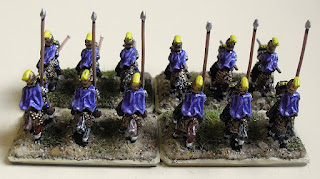 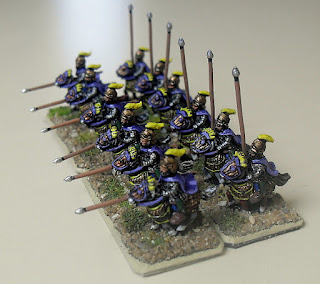 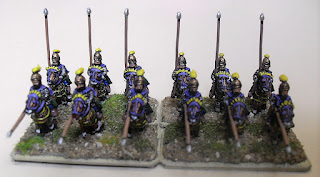 The heavy weights, some Caraphract cavalry. Historically, the cataphract was a very heavily armoured horseman, with both the rider and steed draped from head to toe in scale armour, while typically wielding a kontos or lance as their weapon. Cataphracts served as either the elite cavalry or assault force for most empires and nations that fielded them, primarily used for impetuous charges to break through infantry formations.
I employ them as usual for the Commands and Colors Ancients system. Slow moving but carrying a mighty punch. They can ignore a sword hit and are best employed to create holes and divide up the enemy lines.  They are based three figures to a stand and three stands make up a unit. These figures were painted by gamer buddy Glen, to his usual high standard.﻿