The rains came early and both sides closed down active operations, using the respite to rest and refit.(The Germans had done just about enough to stay in the campaign but it was a close call.) Spring saw large scale Russian probes launched against army group center. These attacks were uncoordinated and repulsed by well positioned German defenses and rapid counter attacks by fast responding battle groups. The Russians did manage to stem the tide to the South of Moscow defeating German attempts to take Taluva. A stalemate had developed in Moscow and the city of Kaluga with only sporadic fighting breaking out, both sides content to hold what they had and not force the issue. 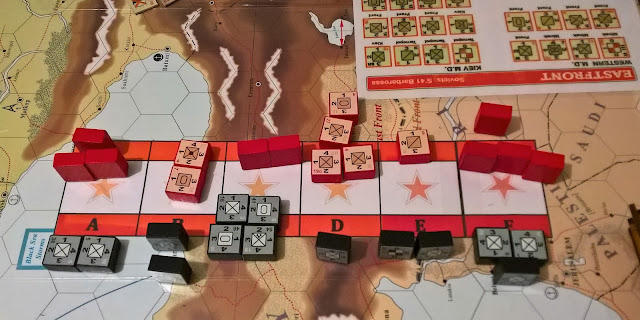 The initiative had started to turn in favor of the Reds, the Germans beginning to sense this change made an all out attempt to once more wrestle the initiative back and stay on the front foot. Launching Operation Carthage Army Group North made an all out attack to take Leningrad with elements attacking the marshes surrounding Volkhov to prevent Russian reinforcements from entering the city. A fierce battle developed with the Germans pouring in fresh troops to relieve the battle weary first wave infantry corps who in turn were fed back into what the poor bloody infantry on the ground knew as Klutz's fleischwolf or Klutz's meat grinder in english. A study of the operation afterwards by analysis estimated German loses at 4-1, the highest in any operation to date. 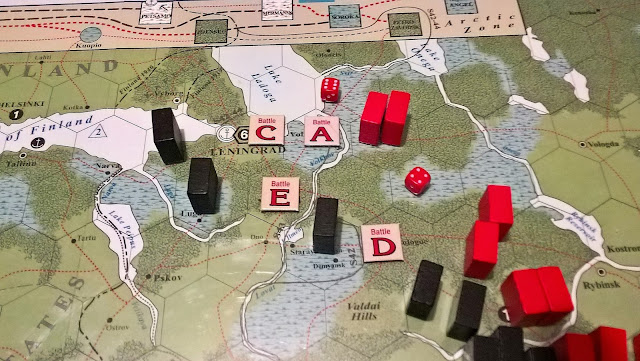 The situation as of 1st September sees the massing of Russians infantry, artillery and tank armies in the center and south. The Russian air force is growing in numbers and influence with much improved attack capabilities. Now High Command must make a decision with regards to the Leningrad front and only one decision seems possible. The cancellation of its operation to take Leningrad and going over to the defensive in the heavily wooded and marshy land to the south and east of the city. Hitler is likely to recalled General Von Klutz to Berlin to have what could well be a frank, open and rather loud interview.

Winter is a mere matter of weeks away and the Russian bear is unlikely to have any plans for hibernation. It was now commonly accepted if never spoken by all ranks within the Wehrmacht that the initiative was no longer with Germany on the eastern front. On the wireless Goebbels speech's began to talk of wonder weapons, in the west German troops pour into Italy to take over defenses and have evacuated Sicily.

It would appear that it is not only in the east where the initiative has been lost.

Email ThisBlogThis!Share to TwitterShare to FacebookShare to Pinterest
Labels: Board game, Eastfront