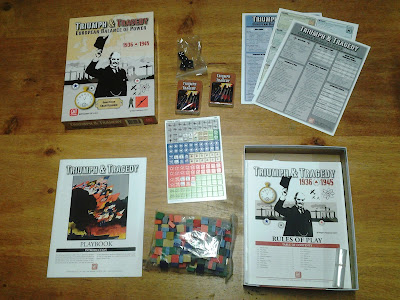 
Recently I have been selling a number of games from my collection, with the aim of raising money to purchase others. Two in particular "Triumph and Tragedy" and "Bitter Woods- Designer Edition".


Triumph and Tragedy is a geopolitical strategy game for 3 players by GMT. It can best be described as alternative WW II. It details the competition for European supremacy during the period 1936-45 between the West, Communism and Fascism. It has diplomatic, economic, technological and military components and can be won by gaining economic domination or technological supremacy (A-bomb), or by defeating a rival militarily. The game has been getting very positive reviews on the geek. Surprisingly for a game produced by the normally excellent GMT the components are a little disappointing with a light card game board and small card tokens. Hopefully the game play will make up for this disappointment. 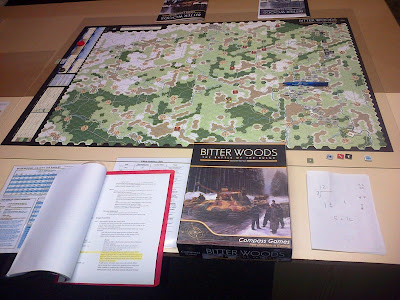 I have also acquired "Bitter Woods - Designer Edition". Bitter Woods first published in 1998 depicts the battle of the Bulge in the Ardennes in 1994. The rules are only ten pages with another eight or so for the advanced rules which you can pick and choose from. The game is old school hex and counters is very approachable, balanced and replayable.

In preparing to play the game I have also started reading Antony Beevor excellent "Ardennes 1944". This is a compelling and beautifully written book on a battle which finally broke the back of the Wehrmacht in the west. 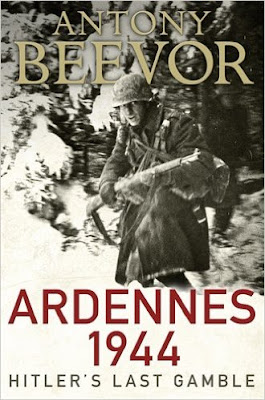 Email ThisBlogThis!Share to TwitterShare to FacebookShare to Pinterest
Labels: Bitter Woods, Board game, Triumph and Tragedy