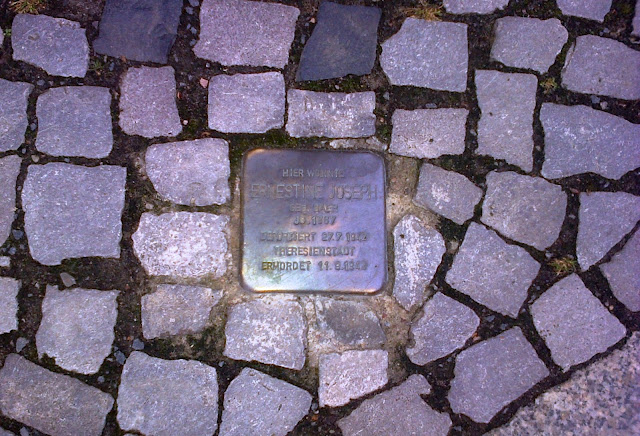 My son and I spent a wonderful two week in Germany this summer. This blog post includes a few photographs taken during our visit. I literally stumbled upon the above "stumbling stones" mini memorials to victims of the holocaust, created by the artist Gunter Demnig. They commemorate individuals – both those who died and survivors – who were consigned by the Nazi to prisons, euthanasia facilities, sterilization clinics, concentration camps, and extermination camps, as well as those who responded to persecution by emigrating or committing suicide. The list of places that have stumbling stones now extends to several countries and hundreds of cities and towns. I came across them in Berlin and Furth and immediately my thoughts turned towards the individual victims. especially when you come across a family cluster, like that below. A very poignant tribute which arouses deep emotion. 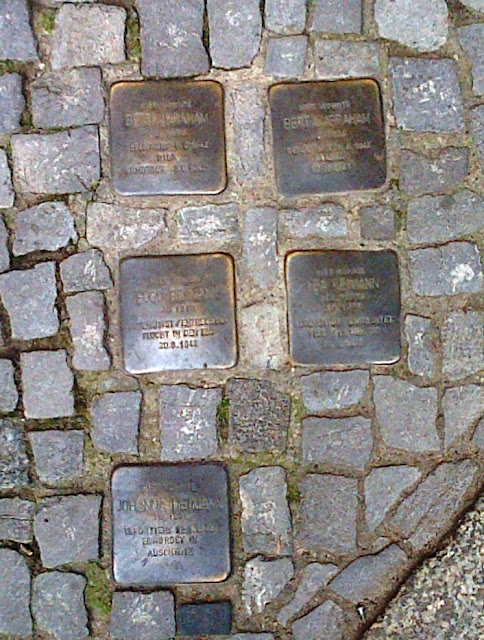 While in Berlin I visited the "Topography of Terror". Be aware that this outdoor museum, built on the site of the former headquarters of the SS and Gestapo, is not for the fainthearted. The open air exhibition details the history of this site as the control center of the National Socialist program of persecution and annihilation. 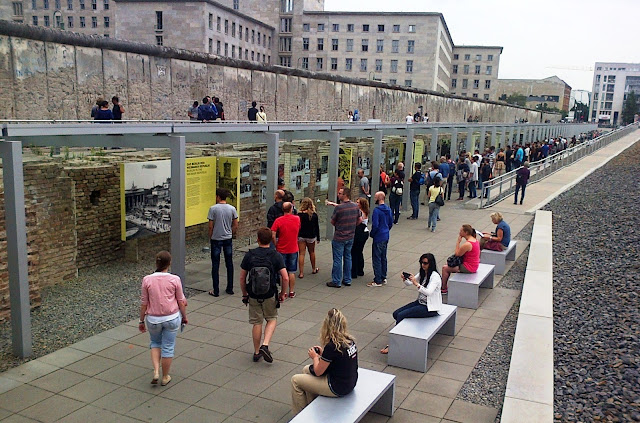 Berlin’s, German "Museum of Technology" is one of the most popular museums in the city and provides great family entertainment. It is a hands-on, activity-oriented fun tour of the cultural history of technology. The upper floors have excellent military displays including the WWII fighters below. 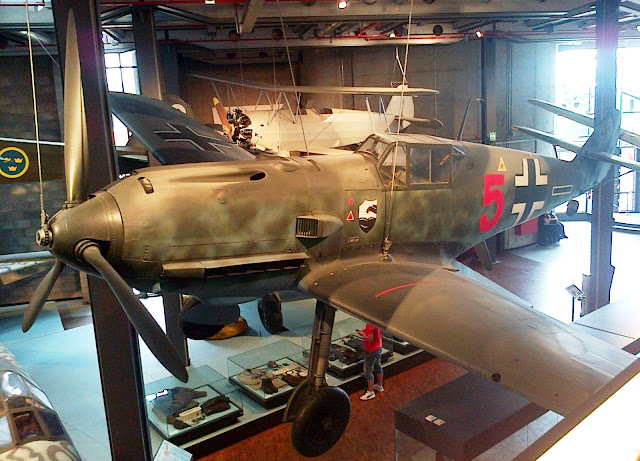 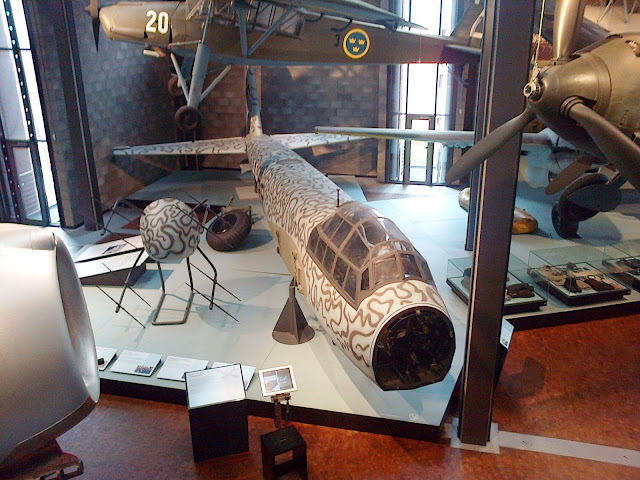 While taking the bus tour of Berlin city centre, I managed to take a couple of photos of "Frederick the Greats" statue on the Unter den Linden. The bronze monument is wonderfully ornate and a treat for the eye. Frederick sits atop "Conde", his favorite horse, dressed in his formal uniform - coronation robes, tri-cornered hat, and top boots. 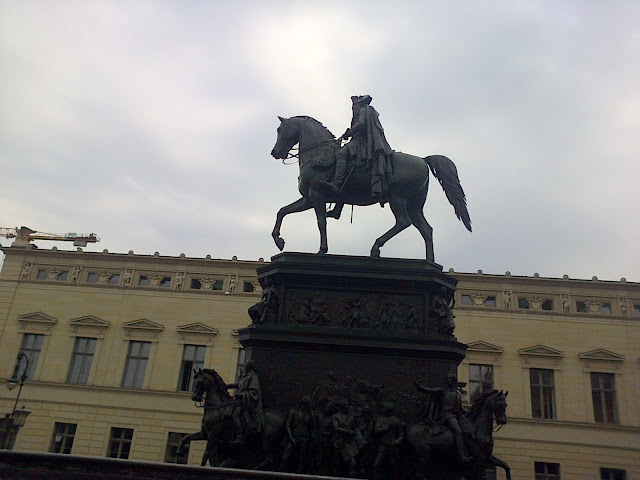 The pedestal is three-tiered. The lower part includes four tablets emblazoned with the names of sixty men proclaimed to be leading figures in Germany at the time of its construction. 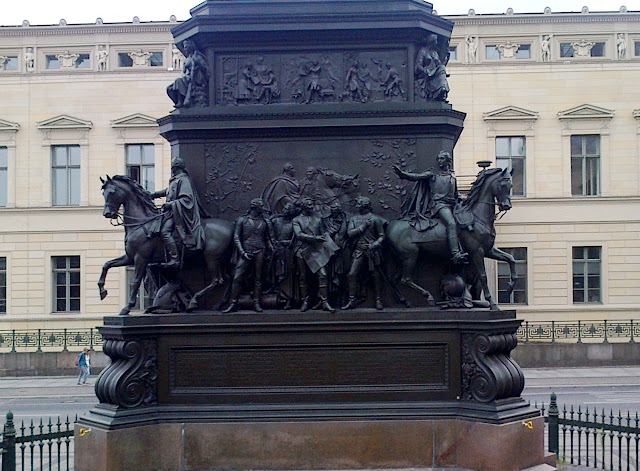 The great and the good.


One has only to walk the streets of Berlin to be reminded by the very building that a violent conflict raged 70 years ago. Many buildings have bullet holes in the stone work a reminder of the ferocity of the fighting as the Russian troops fought their way to the city centre street by street, building by building. 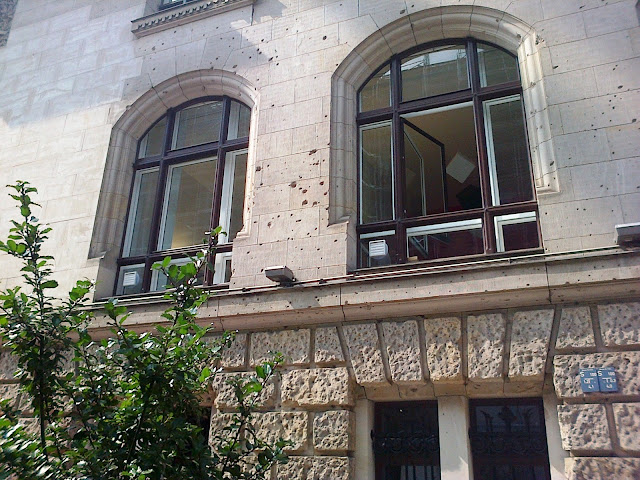 A reminder of the battle for Berlin.
.
One cannot visit Germany and not acquire a few games. I made a trip to "Gamer HQ" to see what they had for sale. I snagged a copy of "Good Cop Bad Cop" and "Popular Front Escalation" an expansion to the Spanish Civil War game "Popular Front" 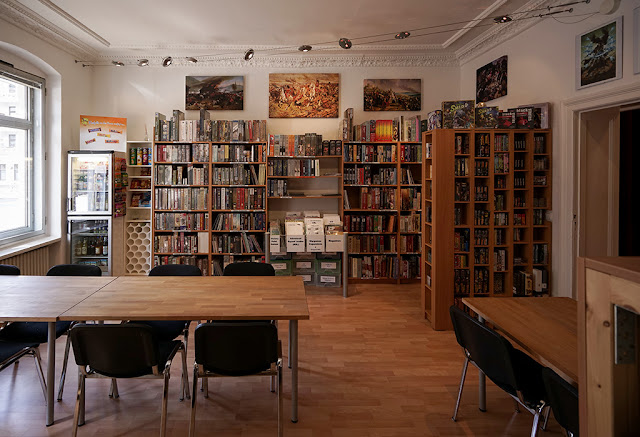 It was a wonderful trip which sadly seems such a long time ago with the dark and damp Autumn nights now well and truly in effect. But good memories made.

Email ThisBlogThis!Share to TwitterShare to FacebookShare to Pinterest
Labels: Thoughts