ROMMEL IN THE DESERT. 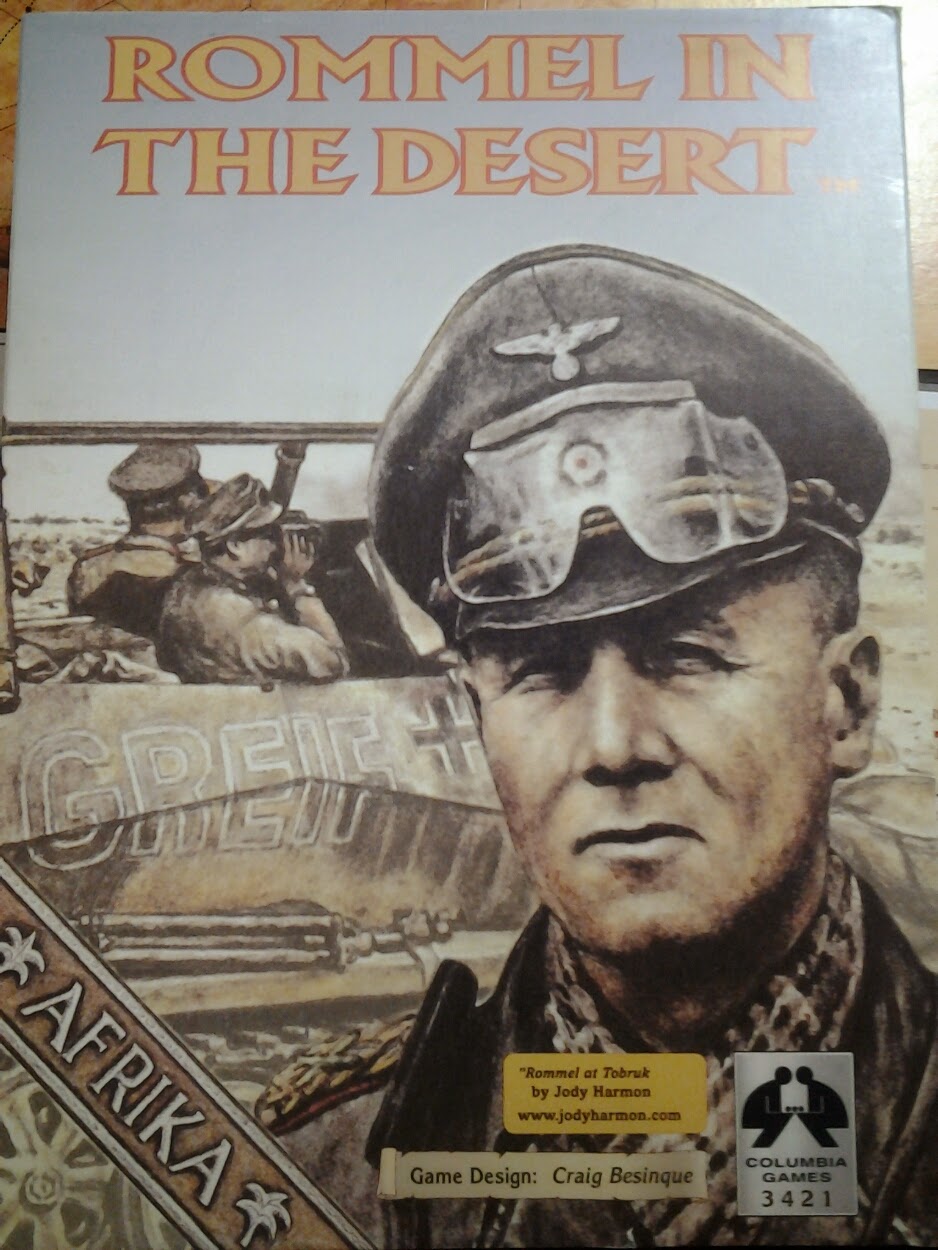 I finally managed to get another, new to me, wargame to the table. The game was "Rommel in the Desert" Columbia Games, 1982 classic, block wargame. It is a fast-moving, challenging, tense, and playable game based on the North Africa desert campaign of World War II.  It has sat on my shelf for almost a year, unloved. Tonight I broke it out and Dave S joined me in a run through of the first scenario "1940". I had printed out a couple of player aids from "Board Game Geek", see below. These are a must for anyone thinking of playing the game. They help to speed up play and reduce the rules learning curve. This game really captures the feel of the Western Desert campaign. Having only played it once there is much to be explored in terms of bluffing and how best to use supply lines and how to maximise build points . Game play is a fine balance between tactics, strategy and logistics. I am really looking forward to giving the rules another once over and getting down to some more block on block action. 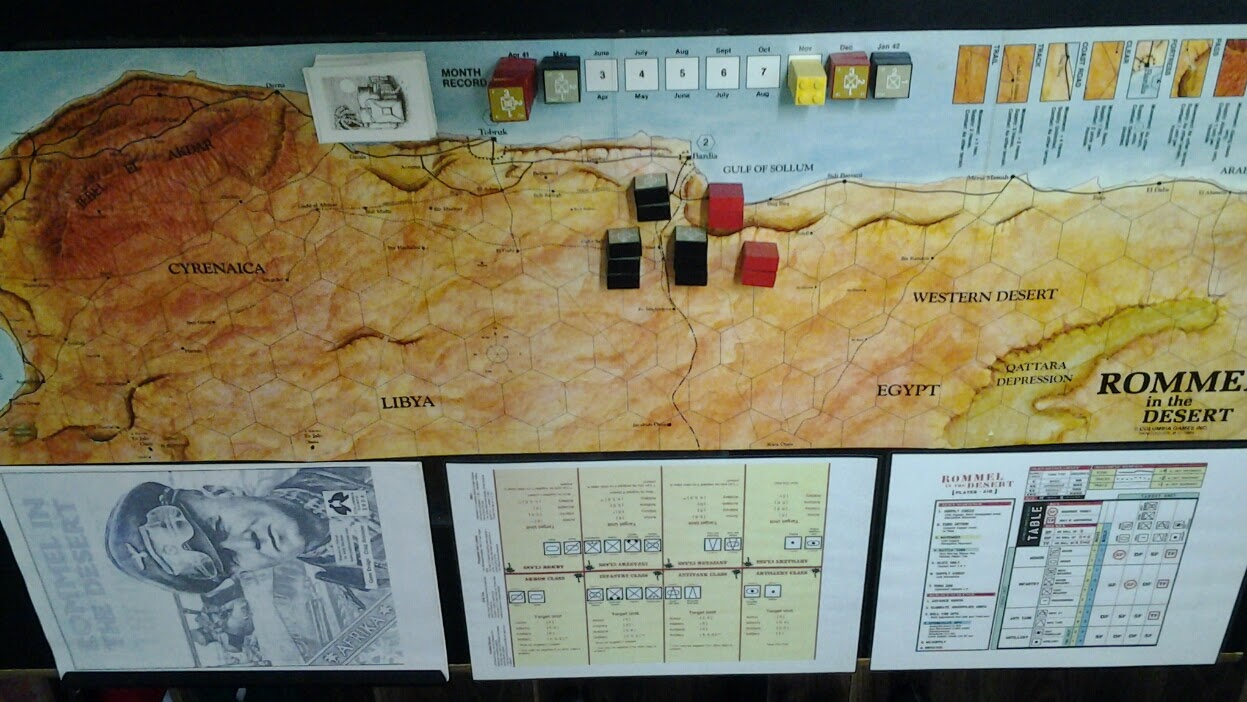 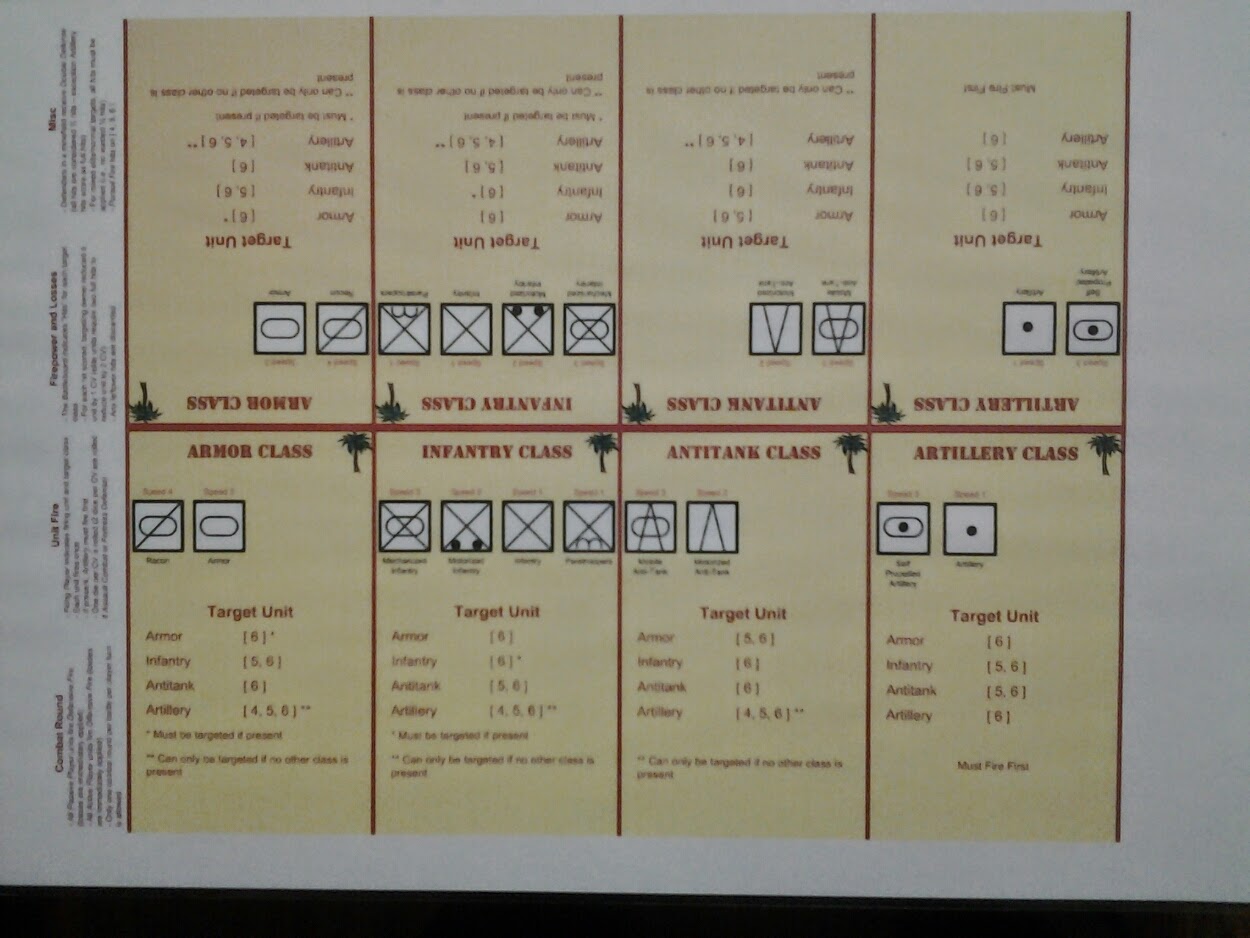 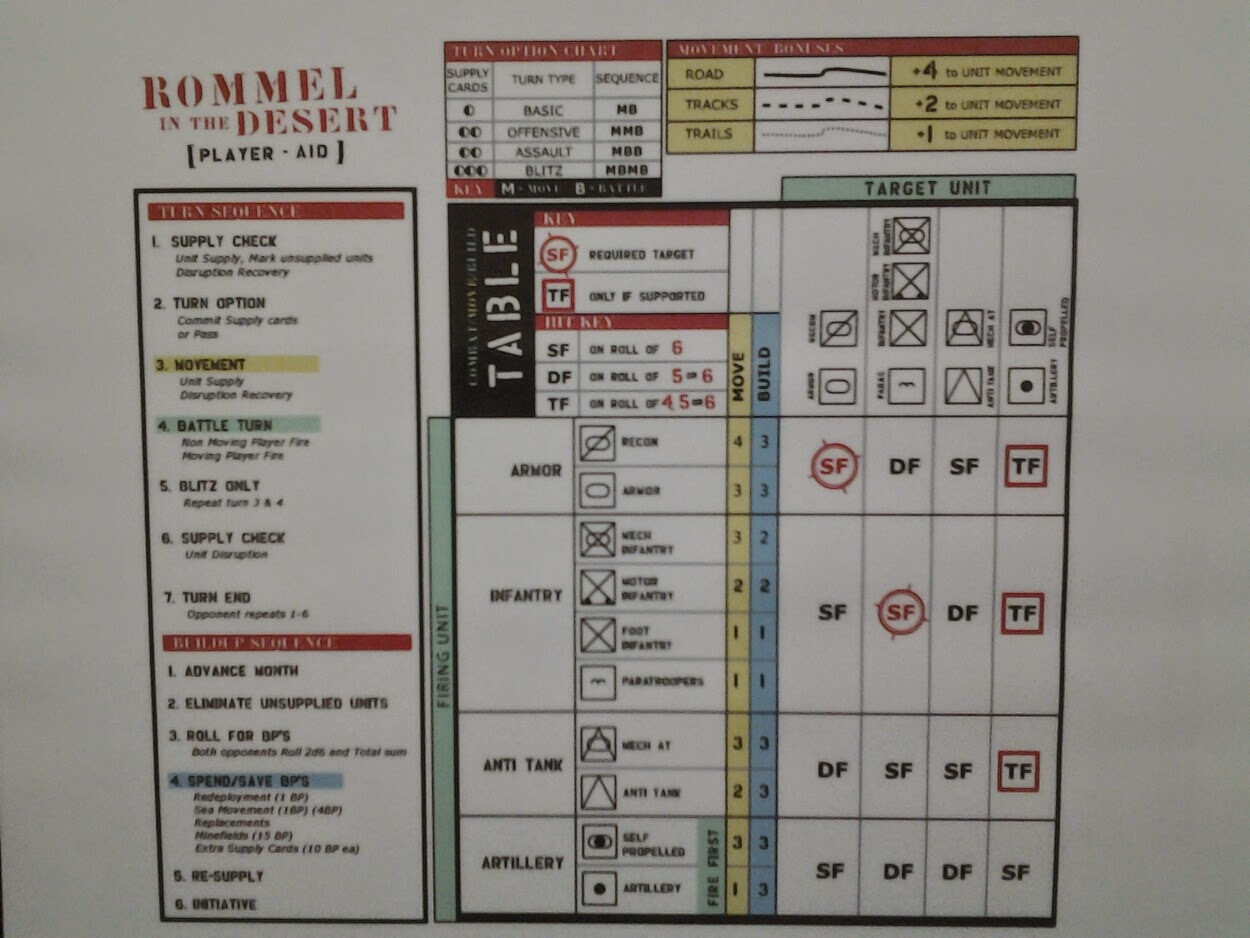