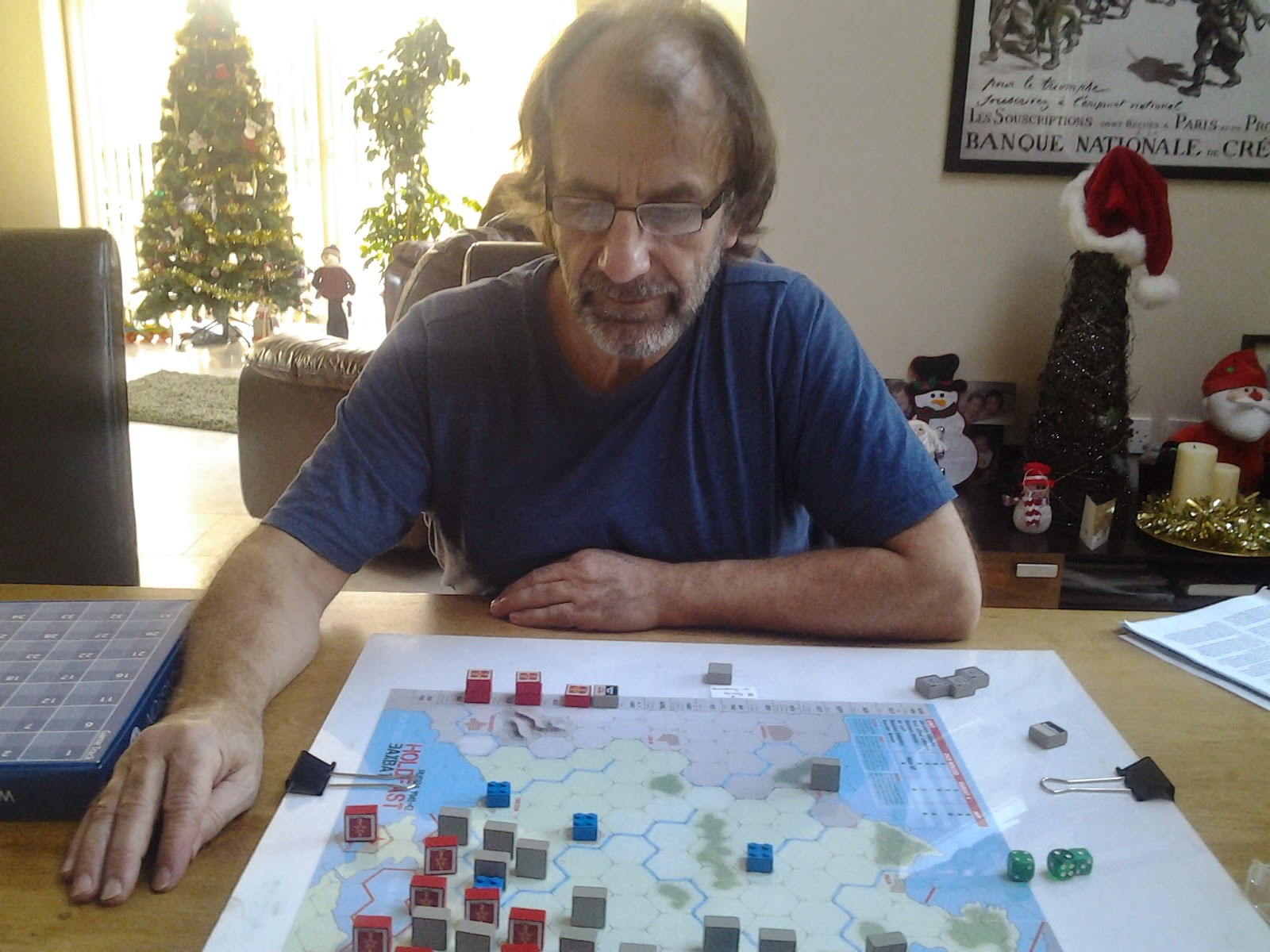 Field Marshal Von Smit reviews the dispositions of Army Group East. This photograph was taken at the finale of our recent "HoldFast Russia" game. The German invasion of Russia had faltered on the out skirts of Kharkov as Uncle Joe's T34's began to roll of the production lines towards the creaking "Reds" front.

A stab by the Germans for Kharkov resulted in its capture. A successful Russian counter attack managed to cut the supply to two panzer armies and created a pocket. The city was to be fought over by both sides with control alternating back and forth between the ever desperate adversaries. With the endless flow of Russian reinforcements and winter setting in, the German advance slowed and switched from attack to defence. The titanic clash at Kharkov had drained the Germans of their best troops and the initiative. On the 25th August Stalin issued orders that the workers should be given an extra vodka ration in celebration of their armies great victory. No one missed or was late for work the next day . Hitler also issued an order. Von Smit was to return to Berlin at his earliest convenience for a short chat with the little corporal. The topic of the chat is not known but it is unlikely to have been what the weather was like in Russia during late August.

Al and I played this game over three evenings and had great fun.  At a vital round Al's dice deserted him allowing me the opportunity to plug all the gaps and consolidate the Russian front lines. 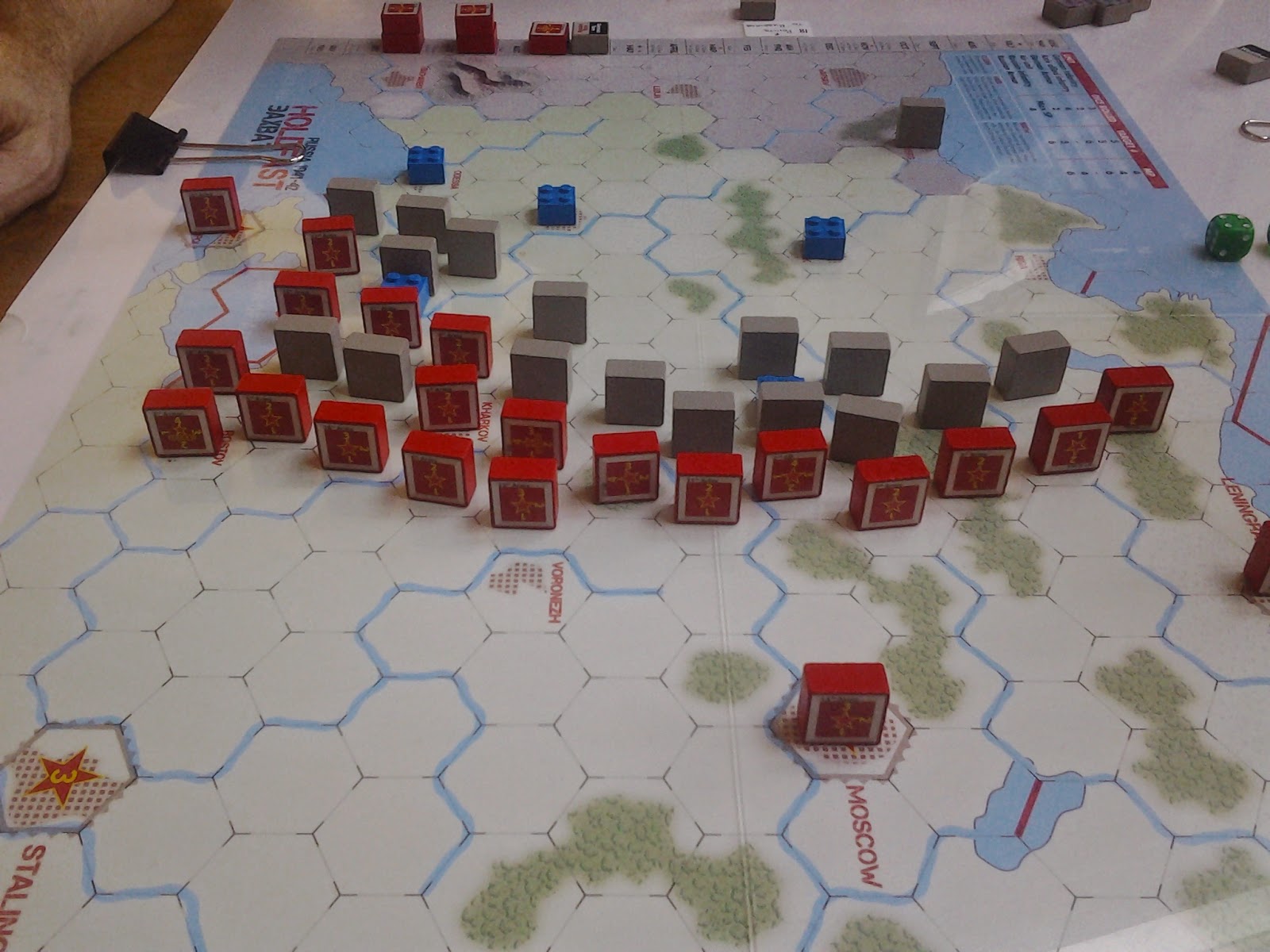 It has been a fun weekend with a wonderful game of "Sekigahara" played against long time grognard friend Glen. We haven't played much these past few months due to various commitments and it was nice to finally sit down face to face. Glen took to "Sekigahara" like a duck to water and employed the loyalty cards to great effect. I have introduced "Sekigahara" to a number of gamers over the past few weeks and each have enjoyed it. I plan to play the wife and brother over the festive period. Maybe I shall teach both the game and they can play e