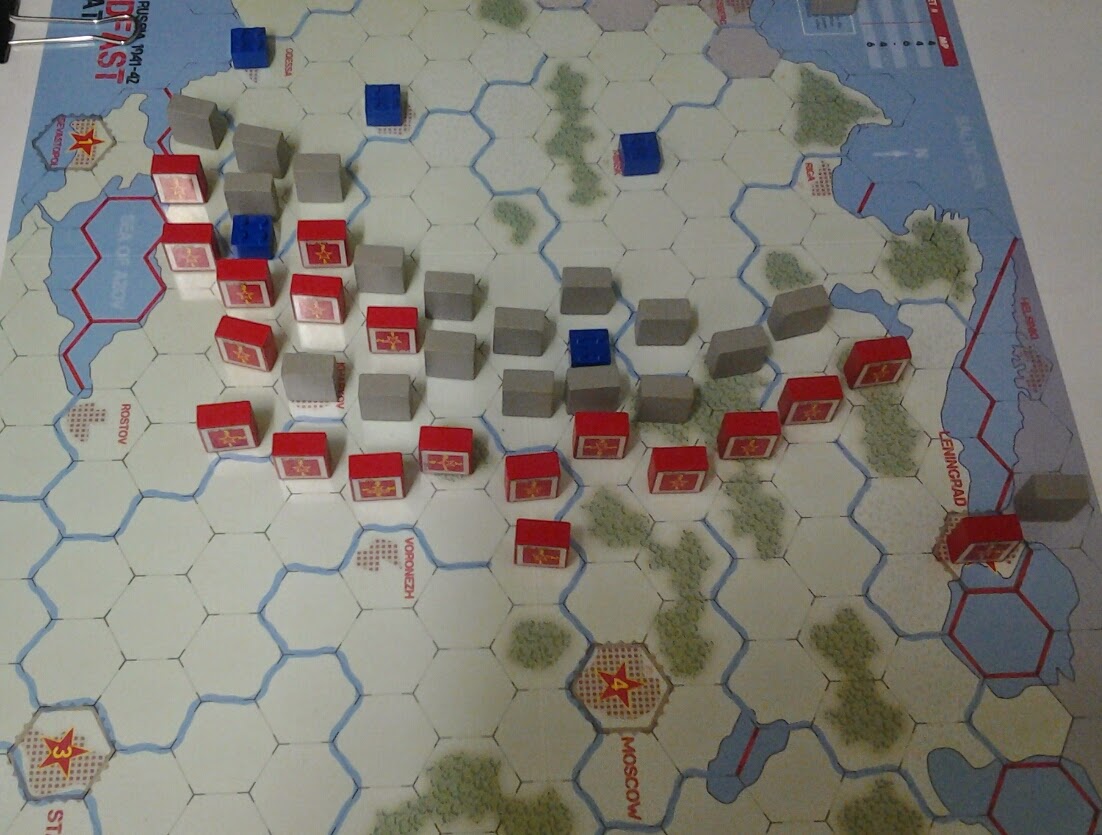 I plan to get a number of games to the table this month.

I shall continue to play Al in an ongoing game of "HoldFast Russia" see above, which is currently at the half way stage, April 1942 to be precise. Mud has slowed down Hitler's push into mother Russia. The blue Lego represents Russian cities which have fallen under the jackboot of the German invader. Al is playing the German's and has just taken Kharkov in a lighting attack. In order to over run the city he has driven deep into Russian territory creating a bulge with long and vulnerable  supply lines. This bulge will be the focus of my efforts this round. I plan to turn it into a pocket with well aimed and fingers crossed successful counter attacks. The aim being to cut supply, Stalingrad style, to the advance elements of two panzer armies. Hopefully I will be able to maintain this encirclement and weather the expected and undoubtedly furious German relief attempts. This little gem of a game continues to provide plenty of fun and excitement during the dark winter evenings.

At Decembers "Loaded Dice Club's" monthly meet up, an epic game of Memoir 44- D-Day Landings expansion is planned. The game will feature four players battling over a two map scenario, depicting Omaha and Utah beaches. I have only played this expansion a few times but it always gets the participants on their feet imploring the dice gods to favour them. Will Pointe de Hoc be taken by the Rangers or will Jerry drive the Yanks back into the sea. 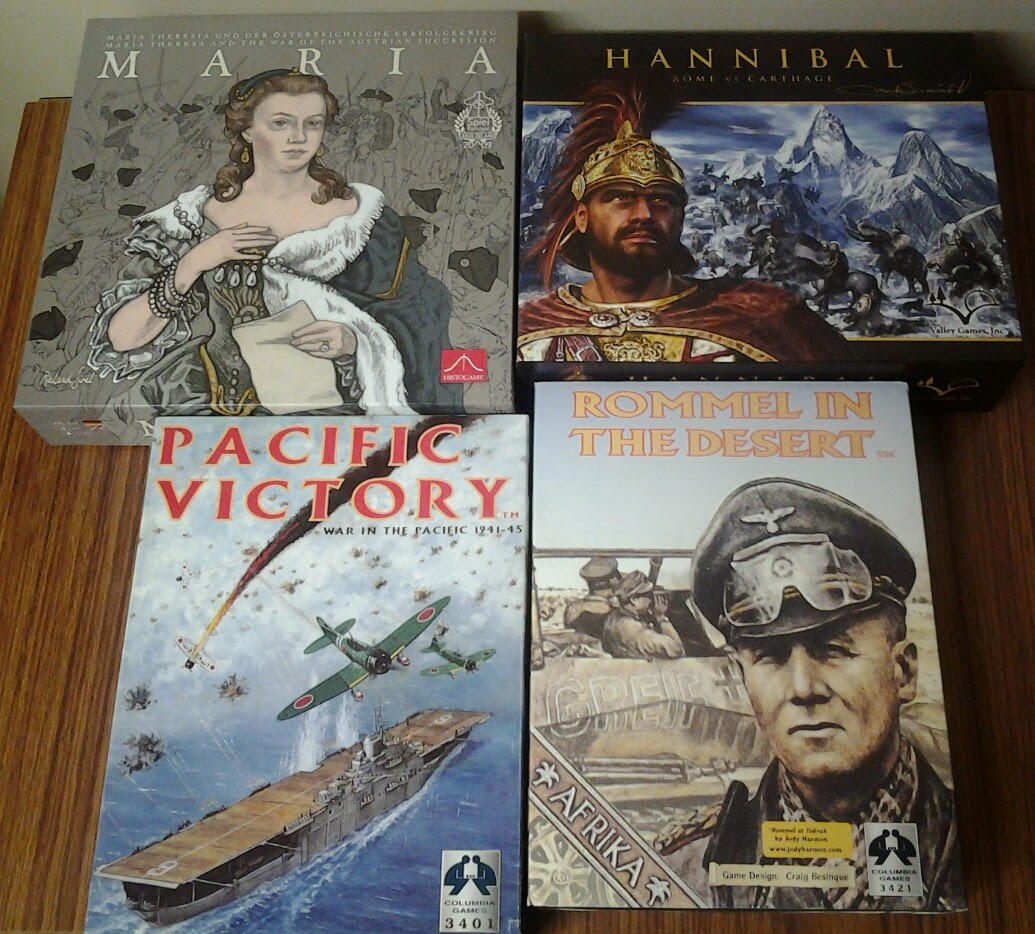 The above photo, shows some of the games unloved and unplayed on my bookshelf. The plan is to dust one of them down and get it to the table over the next few weeks. The two most likely candidate's are "Rommel in the Desert" and "Pacific Victory", mainly because I am familiar with the publishers ,Columbia's Games, other block wargames so this should give me a head start with regards to the rules learning curve. The box art on each game looks great with "Pacific Victory" in particular calling out to be played. I still have not got round to introducing the three player "Maria" to any of my fellow grognards, maybe over Christmas. 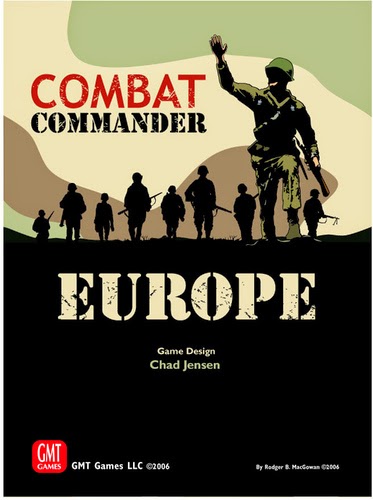 A recent addition to my collection is "Combat Commander Europe". I traded "Conflict of Hero's" for this game a while a go. I never quite took to the "Conflict of Hero's" system even though it had wonderful components. "Combat Commander Europe" has a big reputation and is number six on BGG's wargame rankings. It is card-driven and covers tactical infantry combat in the European Theater of World War II, allowing the player to command American,  Russian or German troops. I am not a huge fan of tactical level games and the map and chits are uninspiring but a lot of comments from owners of this classic talk about how the system creates a fabulous narrative and alot of tension. I will need to have a good read through of the rules before I can break this one out. 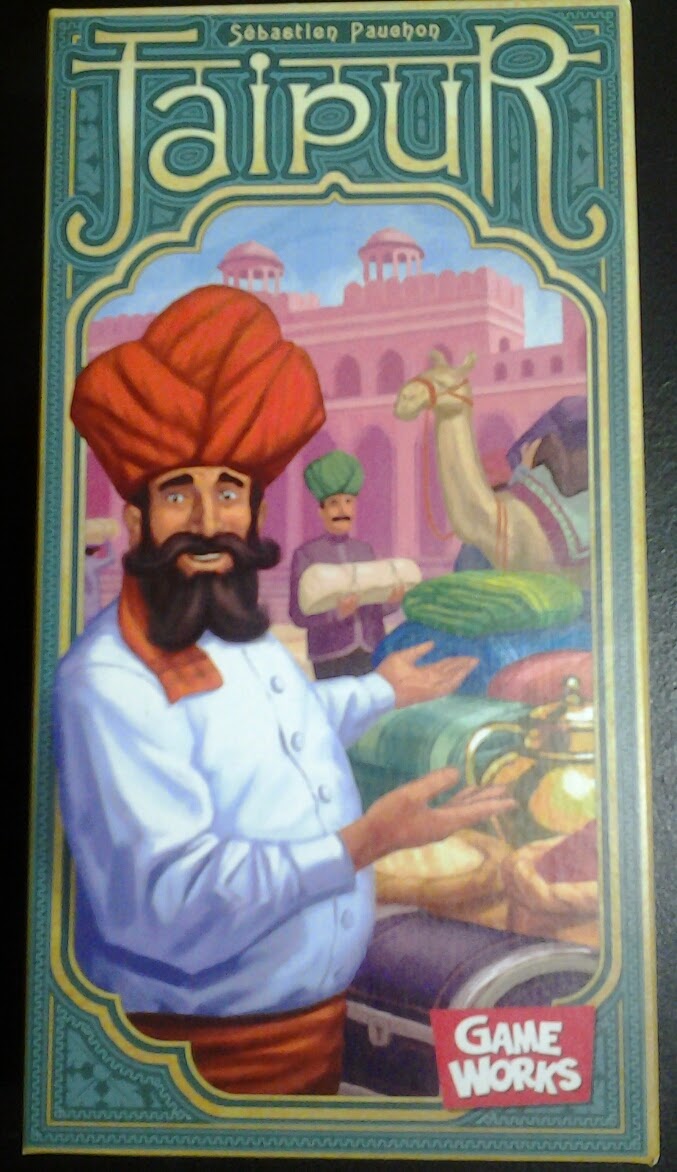 Finally, I'm sure I shall get plenty of games of  "Jaipur" with the family if last month was anything to go by. "Jaipur is a light, fast two player trading card game. I acquired it in a trade for Dixit Odyssey which was not being played. Great little filler.
Posted by decb at 12/02/2014

Email ThisBlogThis!Share to TwitterShare to FacebookShare to Pinterest
Labels: On the Table.