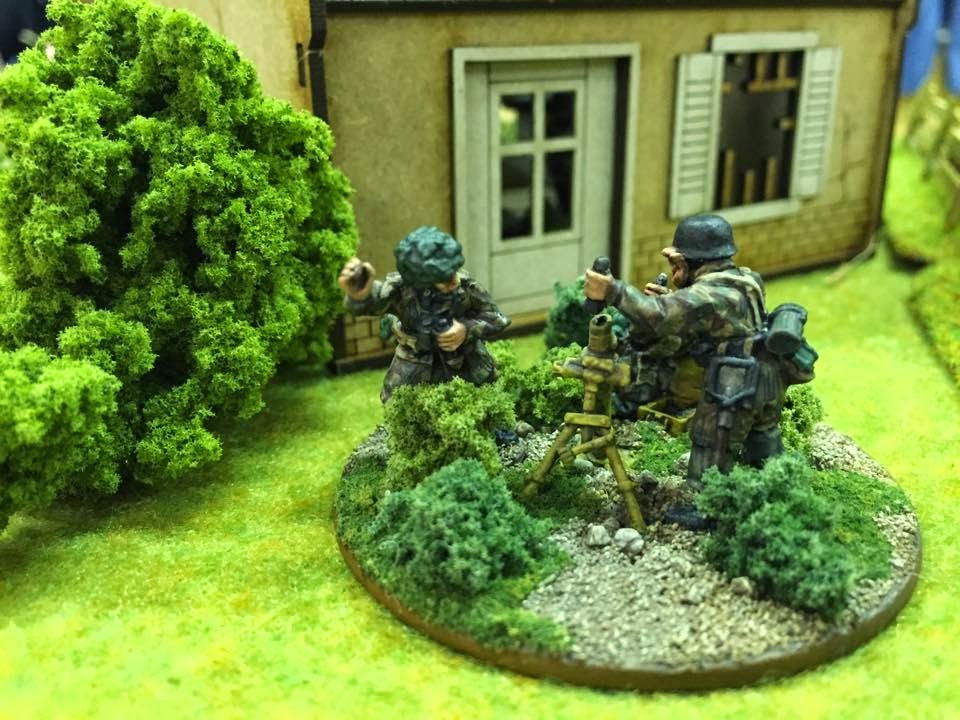 The last club night for 2014 has been and gone. "Bolt Action" a WW2 miniature game has taken root at the club with a game been played at the last three meet ups. This time last year I remember that "Star Wars- X Wing" was proving to be very popular. 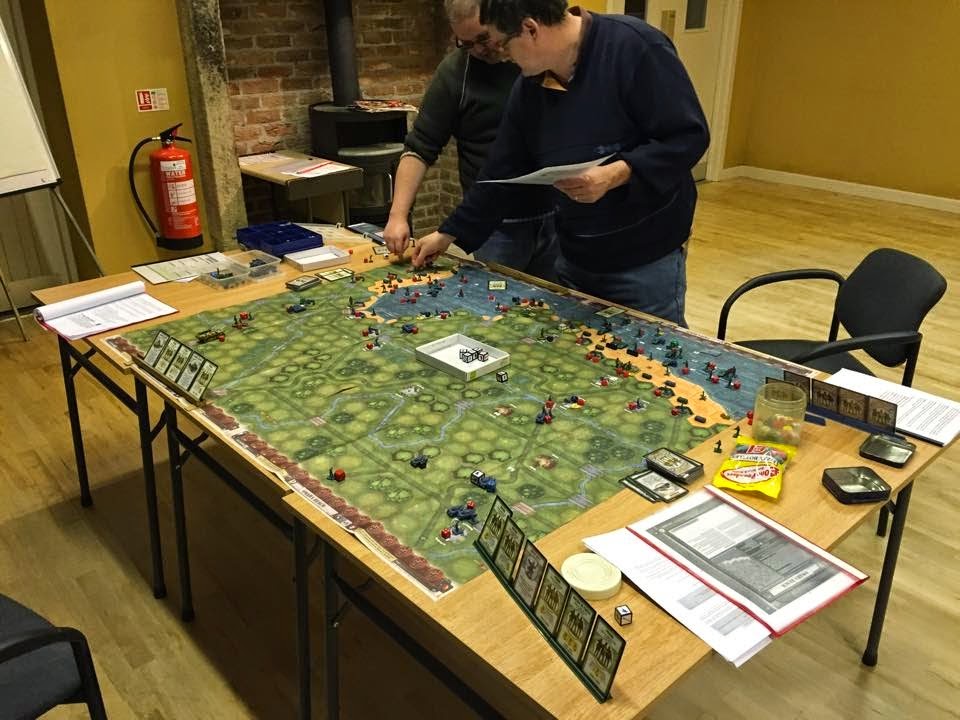 Above, American commanders, soon to be captured American commanders, discuss how best to deal with all the casualties. Arthur, Dave S and myself played Memoir 44 - The D Day landings expansion. Omaha and Utah beaches proved to be very bloody indeed for the American commanders. Following a heavy naval bombardment, initial early success for the Yanks with the capture of  "Point de Hoc" by the Rangers was short lived. German tank units released early to the front by Hitler made an instant impact. These units were able to counter attack any American break thoughts and limit or retake the ground lost. As we didn't have enough figures for the units needed we simply marked the strength of each unit with a dice.

It is likely that we shall play the British\Canadian beaches Juno and Sword in the future. 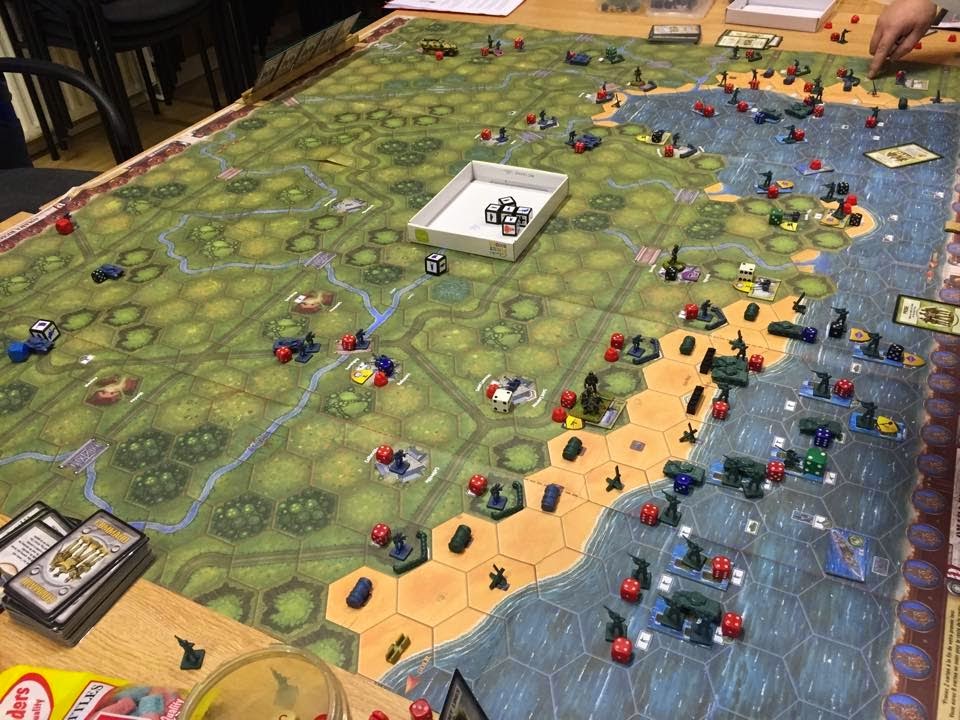 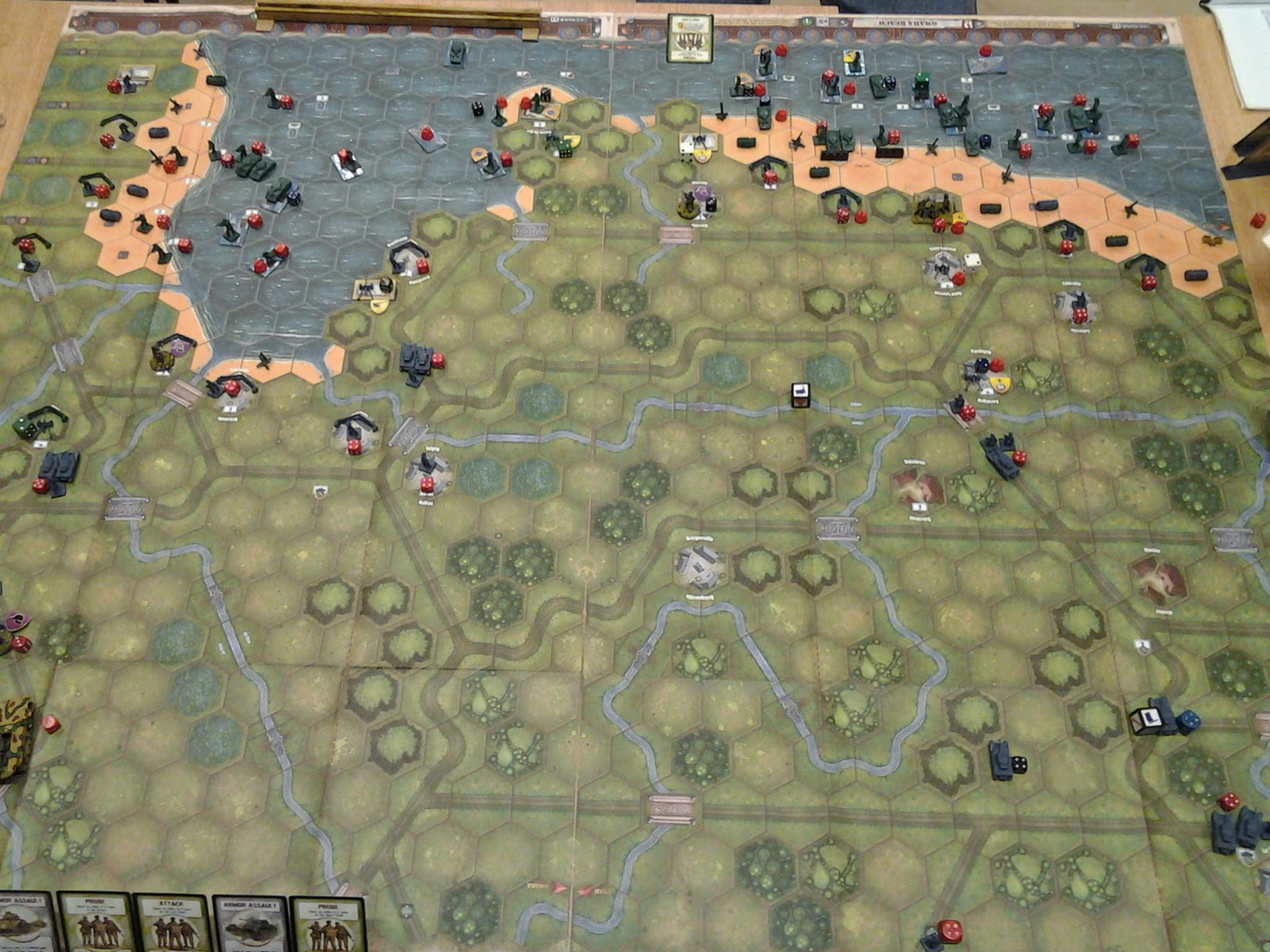 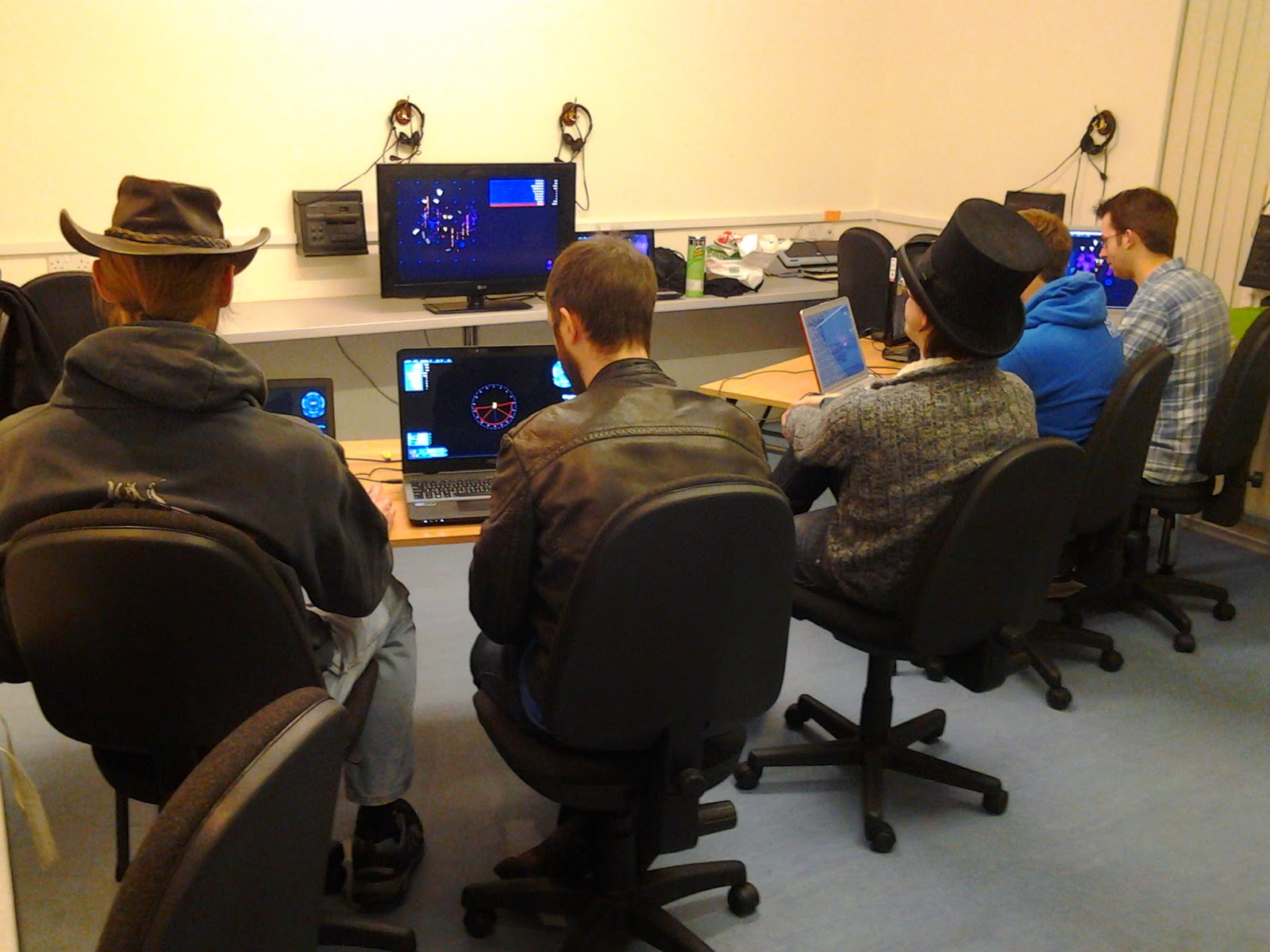 Artimus
.
It was nice to have the Artimus, spaceship bridge simulator, crew along again, It has been a year since their last visit.

A big thanks to Ross who took many of the photos included in this post.
Posted by decb at 12/07/2014