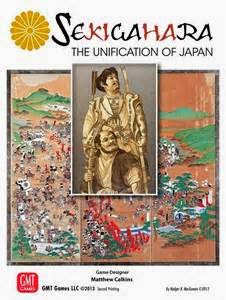 Mr Postman kindly dropped off a package today which I have been eagerly awaiting for some time. It contained the block wargame Sekigahara: The Unification of Japan from GMT games. Sekigahara is a three-hour, low-complexity block wargame based on Tokugawa's campaign in 1600 that would unify Japan for over 250 years. The game contains elements which I love in a boardgame, hidden movement and card play. 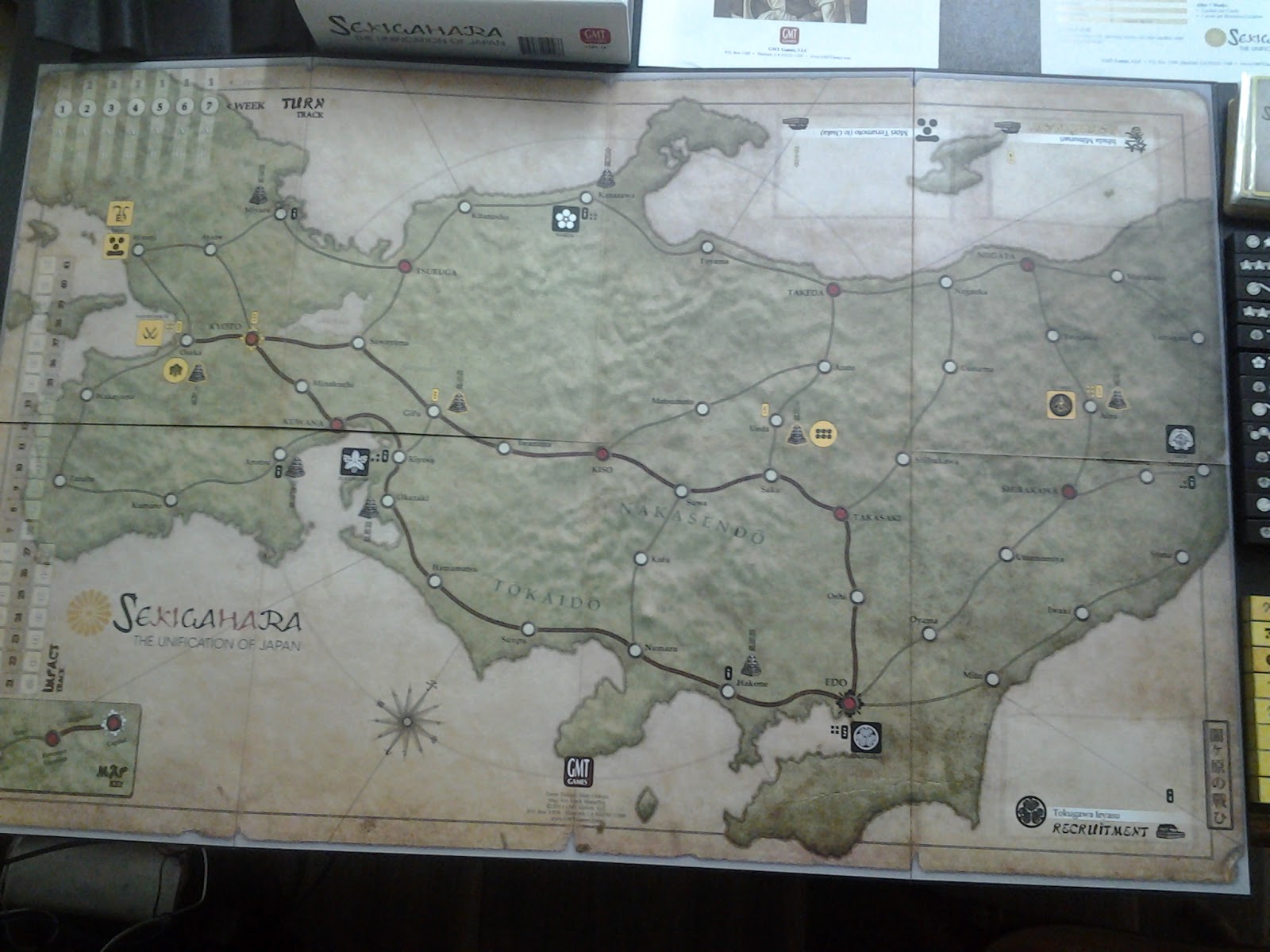 Visually it looks great and contains components which are up to the excellent GMT standard. After spending two hours putting stickers on the blocks and printing out a battle board from BGG, finally it is all  ready to go. With only twelve pages off rules it should be easy to pick up and quick to learn. I have heard only good things about this gem and look forward to hooking up with one of my gamer buddies for a head to head in the very near future. 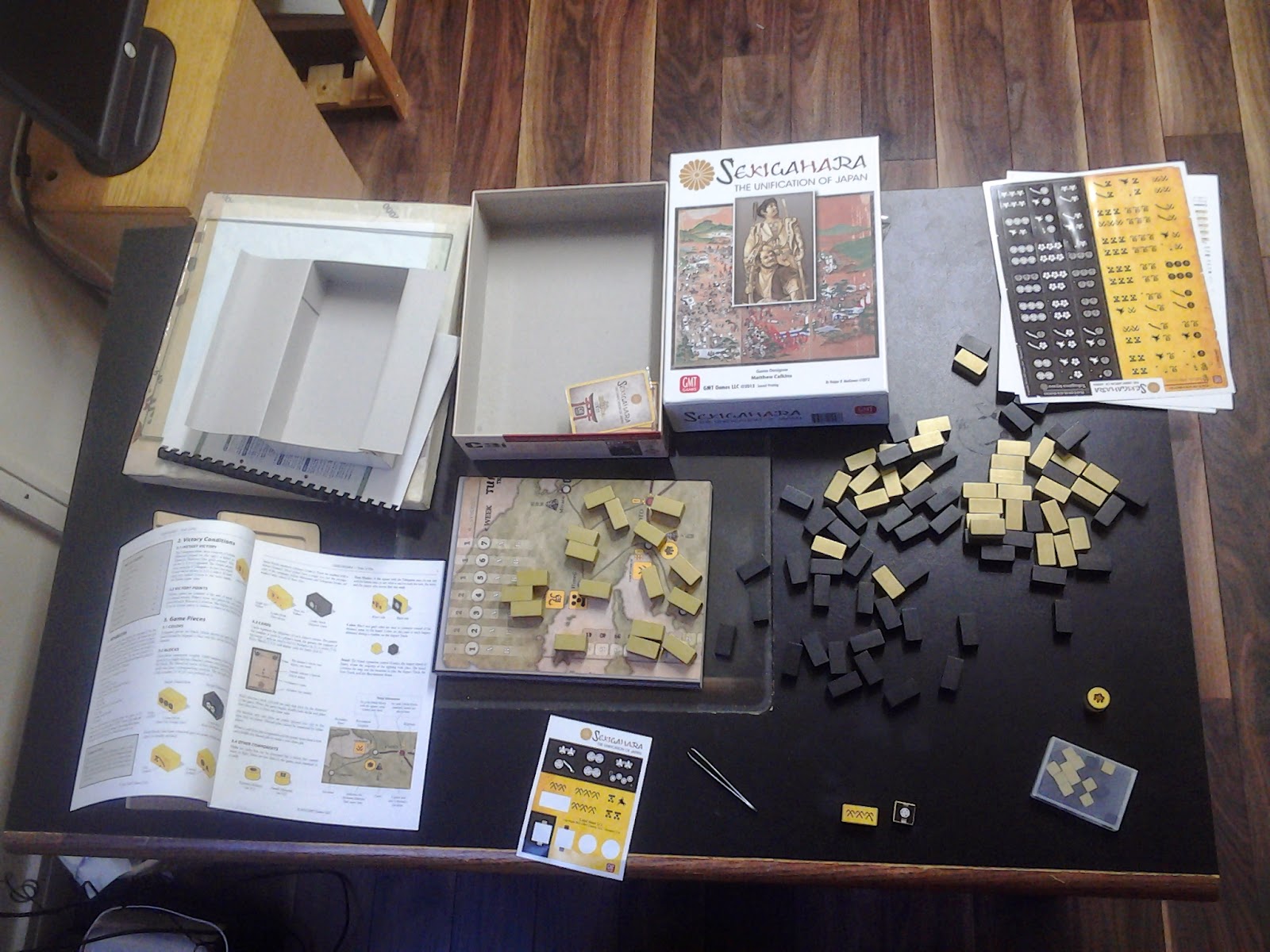 For some background check out solo mclouglins youtube video.
Posted by decb at 5/25/2014