As in "Whose line is it anyway" (if you are old enough to remember the TV show) I thought I would tell my tale in the style of a stranger in a strange land. This is meant to be a tongue firmly in cheek look at my travels at Qcon in Belfast 2012. All characters in this story bear a strong resemblance to those in reality and are based on the experiences of a simple farm boy from the sticks.

It was many life times ago now and I do not claim to be a good storyteller, besides my memory is not what it used to be. But I will  try my best. Haaaccccch thooooo let me clear my throat. So it began. The sky opened and the rain flowed onto the empty city streets. The intrepid adventurer set forth on a quest to seek enlightenment and fulfilment by the way of the Qcon. He made his way down the dungeons corridor, sought and was given access, by those they call the watchers.

The watchers were everywhere and could be identified by their strange blue armour. Often it took great ingenuity and dexterity by the adventurer (given I'm a rapidly ageing 40 something) to slip past these ever vigilant guarders of the Q.  He now had a two day pass to this strange land and was determined to make the most of it. He hoped to taste the foreign foods, sample the pale ales but the wench's were strictly off limits least his wife the sorceress and witch Shelab turn him into a three headed goat.

Eventually the lone adventure, after many false turns, reached the sanctuary of a powerful yogi. The one they call Eunan. This Eunan claimed to come from a far distant land. A land which he said was perched on the side of a great sea. To his people it was called Don E Gall, he hailed from the trading city of Kenny Letteroff to be precise. It was from this teacher that the seeker of the Q along with other like minded adventures hoped to gain true enlightment. Among them Joseph of the border lands and a tailor called David known simply to his kin folk as David the Taylor. Two of the party must have been from the same sect for they wore the simple black garments of their kind. Little did the traveller know, but these dark coloured cloths were to be common among may of the races he was to later encounter. 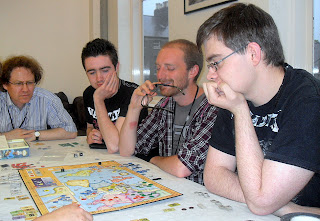 The adventurers among them David the Taylor and Joesph of the borderlands.

These simple men were to  learn a great knowledge, a great understanding. An understanding of "The Struggle Of Empires".  How I hear you ask. Well by looking into a pool of water of course. A pool which at first was cloudy but slowly cleared to reveal to them the clashing of continents and the battles of the seven old tribes. Much learning and wisdom did they acquire. 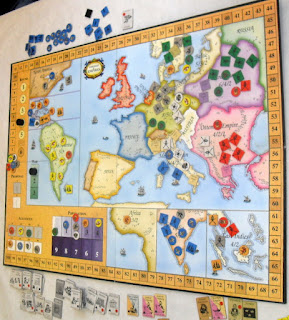 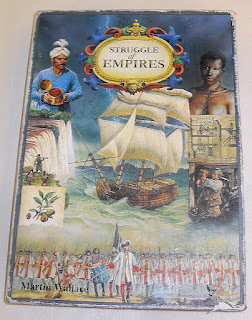 It is late now and I grow tired﻿ little ones.  Maybe tomorrow, yes tomorrow I will continue my tale. Leave me now, come tomorrow when the moon has risen and my strength has returned.
Posted by decb at 6/25/2012