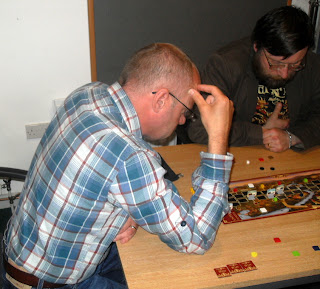 I love the photo of Steve above. It reminds me of that feeling we all have had and is best summed up with the saying. "My brain hurts".

This month the gaming gang got together to play a number of new games. Gettysburg, Small World and Strada Romana. Steve, Mike and myself played two games of Strada Romana. This was a game awarded to Mike at Gaelcon last year after he had won the Diplomacy tournament. This is a 2-5 player game, has set collection and route building mechanics and lasts 45 to 60 min's. Definitely one I would play again. 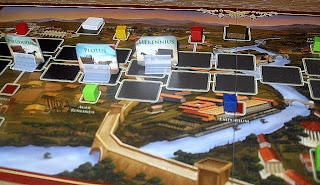 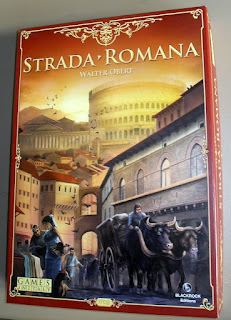 Mean while Glen taught the Martin Wallace designed Gettysburg to Ali and Dave. This is a two player game dealing with the American Civil War battle Gettysburg. The players command either Confederate or Union forces over the three day long battle. Looked good and I hope to get a go at it in the near future. 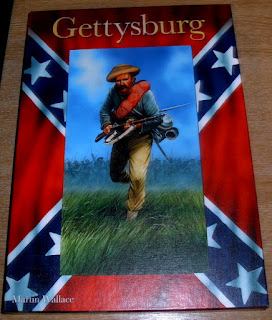 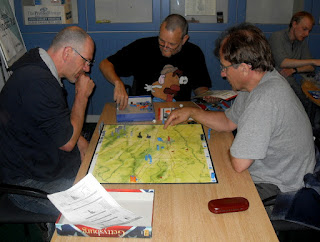 The generals square off. 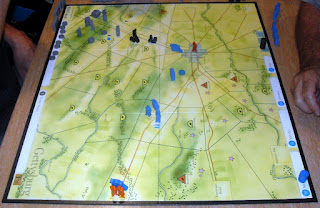 Finally we played Small World which is a remake of the game Vinci. I would recommend you check out the excellent video review on the Geek and Sundry show Table Top.  Hosted by Wil Wheaton. It will give you a  good understanding of how Small World plays. Ohh ohh and don't forget to check out the geek goddess Felicia Day who makes an appearance on the latest episode.)

This is a game I also get to the table with my four and seven year old. The good wife is also occasionally conscripted as opposed to volunteering. They love it, with out fully understanding the game but as they say a family that plays together stays together. 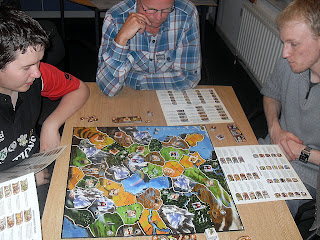 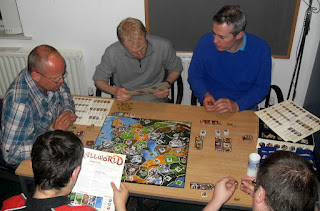 Small World. Its a world of slaughter after all.

A great turn out this month, the club continues to grow from strength to strength.
Posted by decb at 6/13/2012

I'm interested in taking a look at Gettysburg too. Although right now I have a few too many two player games, with our group a steady 3/4.

Be sure to let us know once you've given Gettysburg a go.

Gary hope get a game in soon