LOAD THE SHOTGUNS AND START THE CHAIN SAW. 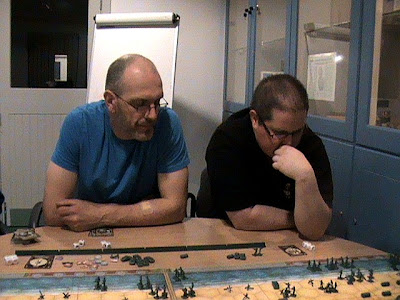 We will fight them on the Beaches.
Our monthly ﻿club meeting took place this weekend. We played just two games Memoir 44 Overlord and Zombies.
The meat grinder of the beach landing during D day was our first game. The Allied commands found their troops and tanks cut to bits by the unbreakable German defenders. The Iron Cross 1st class was awarded to Commanding Officers Otto Van Breenan and Carl Brimstoffen. A tough one for the attackers this scenario. It has been noticed that the GI on the cover of the Memoir 44 box has an uncanny resemblance to Steve one of our club members. 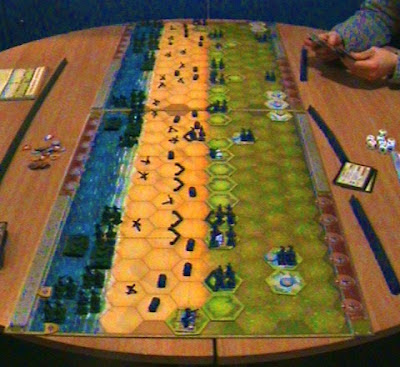 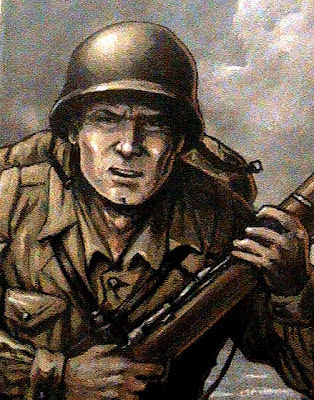 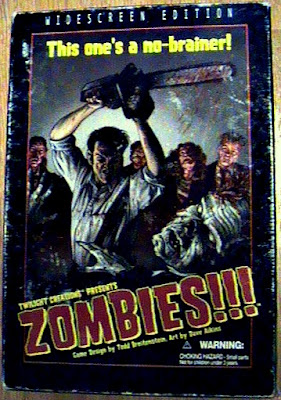 Zombies
Next we played Zombies and oh what fun it was. This is a simple screw your neighbour, rush to kill 25 zombies or be the first to make it to the helicopter game. The tall poppies syndrome came into effect in this one, with the individuals who took pole position summarily cut down to size. As a result four hours after starting we had still not finished and had to raise the white flag due to player exhaustion and dehydration. 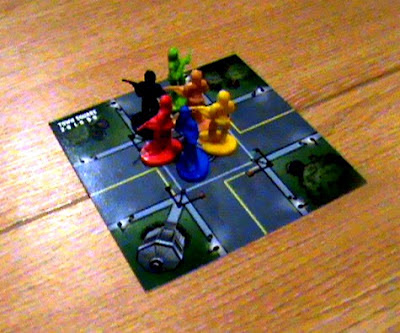 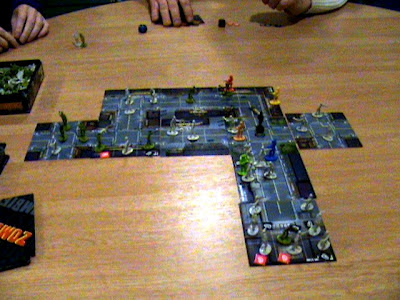 Overlord is excellant, but I've never managed to get a game of Zombies finished. It works fine in principle, but just falls down in practice.

Conrad it is likely that our back stabbing lot will also never finish a game of Zombies.