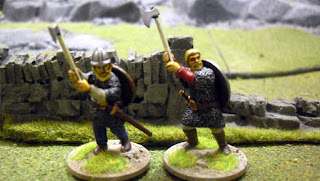 On Sunday I visited Glens for some much needed gaming. It had been a few weeks since I last got a fix so I was eager to  play. Glen and Glynn introduced me to Saga the dark ages skirmish rules. ﻿ 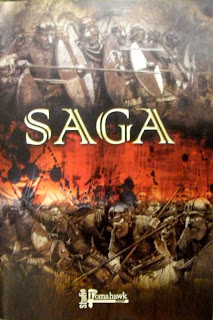 The dark ages is a period I have a passing interest in, like many having a soft sport for the Saxon underdogs. Glen had painted some 28mm Anglo Danish figures to his usual high standard. The pictures aren't the best as I spend most of the night fiddling with the camera settings. 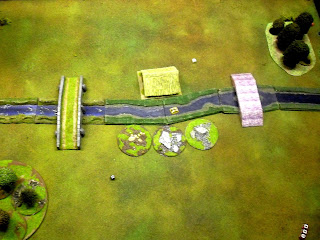 Top down view of the battle field. 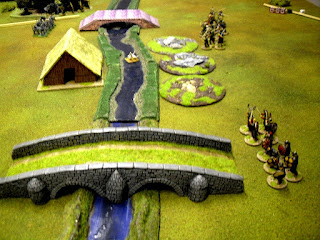 Battle of the two bridges.

As always it was an enjoyable evening spent with like minded individuals. I'm sure their are a number of club members who will want to get into Saga. Glen has already begun painting two armies, Anglo Danish and Viking. 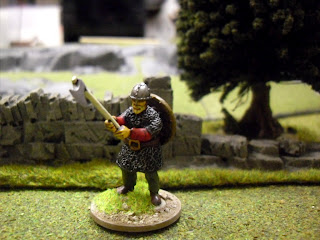 Email ThisBlogThis!Share to TwitterShare to FacebookShare to Pinterest
Labels: Saga