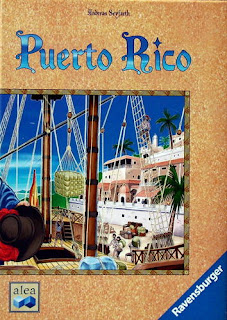 Another game nite has been and gone and it was nice to see a new recruit to our club in attendance. The club has had 12 different gamers through its doors over its 6 night history and hopefully that number will continue to grow.

This week we played three different game. Two old faith fulls Cash and Guns and Pandemic. The other game Puerto Rico was new to most of us and was brought along by Ross. This game is currently number three on Boardgamegeeks list of top games. 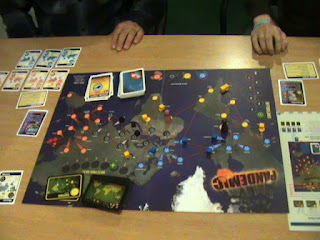 In Puerto Rico the players are plantation owners. They grow up to five different kind of crops corn, indigo, sugar, tobacco, and coffee. The players must try to run their business more efficiently than their close competitors: growing crops and storing them efficiently, developing San Juan with useful buildings, deploying their colonists to best effect, selling crops at the right time, and, most importantly, shipping their goods back to Europe for maximum benefit.


The game system lets players choose the order of the phases in each turn by allowing each player to choose a role from those remaining when it is their turn. No role can be selected twice in the same round. The player who selects the best roles to advance their position during the game will win.

Puerto Rico was great fun and now that we have got a learner game out of the way it should get better. This has been one of the benefits to all those who come along to the club. Being introduced to new games and game systems.

Finally the best of luck to Peter who is soon of on his travels to the USA and Canada. 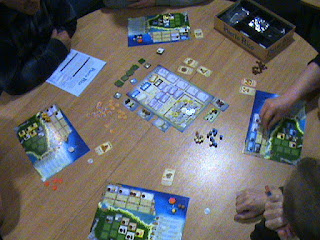 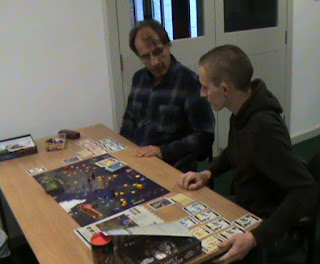