With Qcon only a couple of days away, I have begun preparations for the excursion to Belfast. Rules are being read, player aids printed, play through videos watched and a few games acquired. Oh and a bit of contemplating whether to create a vlog on my experiences at the event, more possibly later.

Having sold "No peace without Spain" a game sadly I never got to play, I reinvested the profit into what else but more games, to do anything else would be silly really. First up, I acquired a game I have been after for about two years, "Condottiere". 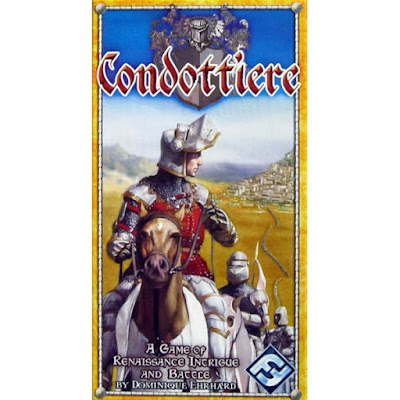 The game has been out of print for some time and I didn't want to pay the prices been charged on the secondary market, waiting instead on the reprint, which is not that far off. But I spotted the game on BGG's market place for a good price and I couldn't resist it. Condottiere is one of my favorite area control games, along side the wonderful "El Grande". It only has a BGG rating of 6.7, which I find rather strange. Usually I tend to only purchase games over 7.0 but having played it at Qcon last year I knew it was one for the collection

"The object of Condottiere is to acquire four connected provinces in renaissance Italy. To do this players auction off different provinces on the board and bid on these provinces with a hand of cards representing mercenaries, seasons, scarecrows, and political figures. However, unlike standard auctions in which only the highest bidder loses their bid, in Condottiere every player loses their bid. Players are, in effect, bidding the number of troops they are willing to lose in order to win a province. However, several special effect cards shake the contests up and keep the players guessing."

Check out Marco's  " video " on the game, excellent as always.

The other purchase was "Sun Tzu" another area control game. 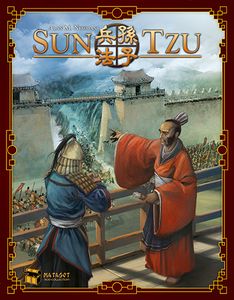 I happened to be out for lunch with the family last weekend and nipped into my local "The Works" store which can often have interesting board games for sale and I stumbled across "Sun Tzu". For only seven quid the game has been a steal, it fits into the half hour filler category. The components are top noch , the rules are only two pages, it plays in 30 minutes and already my nine year old and I have had many battles across China's provinces. It will be added to the game bag for Qcon. 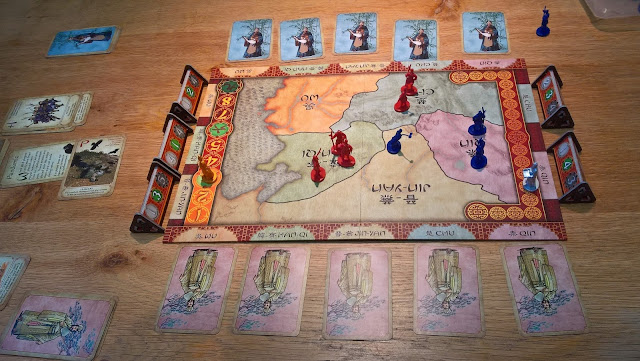 Belfast awaits and a three day gaming marathon, tallyho.
Posted by decb at 6/15/2017