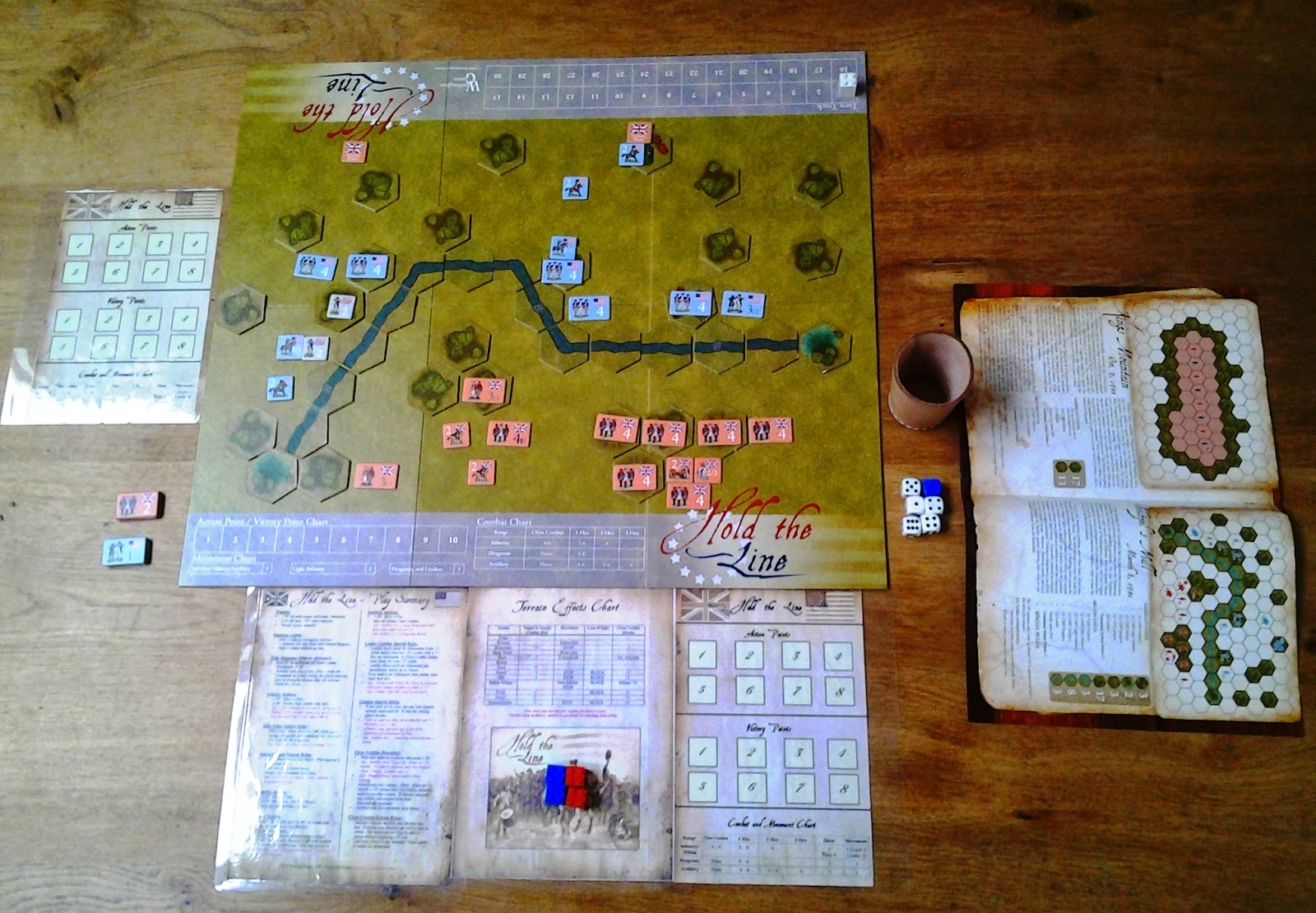 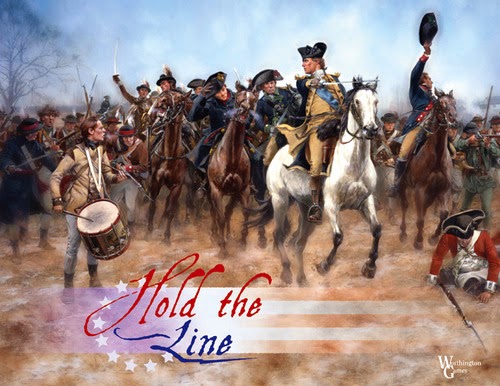 I am on an American War of Independence /American Revolutionary War kick, at the minute, after having partaken in a recent BGG game trade. I traded "Descent", "Jaipur" and "Rommel in the Desert" for "Hold the Line", its expansion "French and Indian Wars", as well as "Washington's War" and "Mascarade".

This is the largest single trade which I have undertaken via BGG trade system. I would encourage anyone who hasn't got involved with trading to do so. The rotation out of games which you no longer want for second hand replacements mean an ever changing board game gene pool. Its a wonderful way of keeping your gaming collection fresh and interesting. 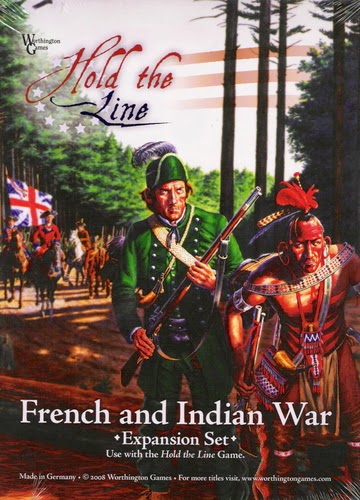 I love the box art for "Hold the Line" and its expansion "French and Indian War".  Who could resist wanting to play them with art work like this. "Hold the Line" is a game I played some time ago and enjoyed its simple, elegant and fast pace. I recently sold  "Napoleons War: The Hundred Days" a follow up to "HTL", which uses many off its mechanics, but which felt broken in places.

"HTL" comes with a beautiful hard mounted game board, hard mounted terrain tiles and thick counters representing infantry, dragoons and artillery. The terrain tiles and the map are very similar to the "Commands and Colors" game components. Hold the Line will give you the horse and musket period kick for those individuals who enjoy this particular era. Although simplistic in nature, the game offers a real sense of  tension as your units get whittled down and weakened in the brutal combat.

My plan, is to introduce a few of the crew at the club to a four player variant, where each player takes a leader and allocates orders to his units. Should prove to be a fun evening of gaming.