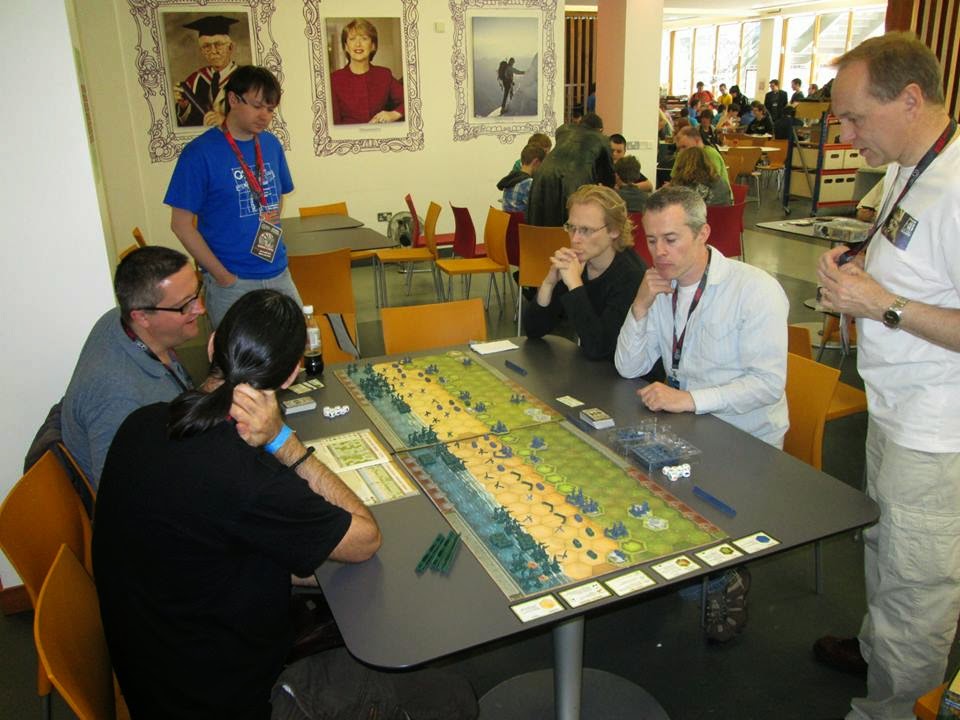 QCON XXI has come and gone, over to fast. A few of the crew, Dave, Arthur and myself made it up to Belfast on the third Friday in June and hooked up with old Qcon friend Dave the Pict. On Friday we played a few filler type games before enjoying the comedy session, which didn't hit the heights of last year, but was still fun. The night ended with the now traditional take away. 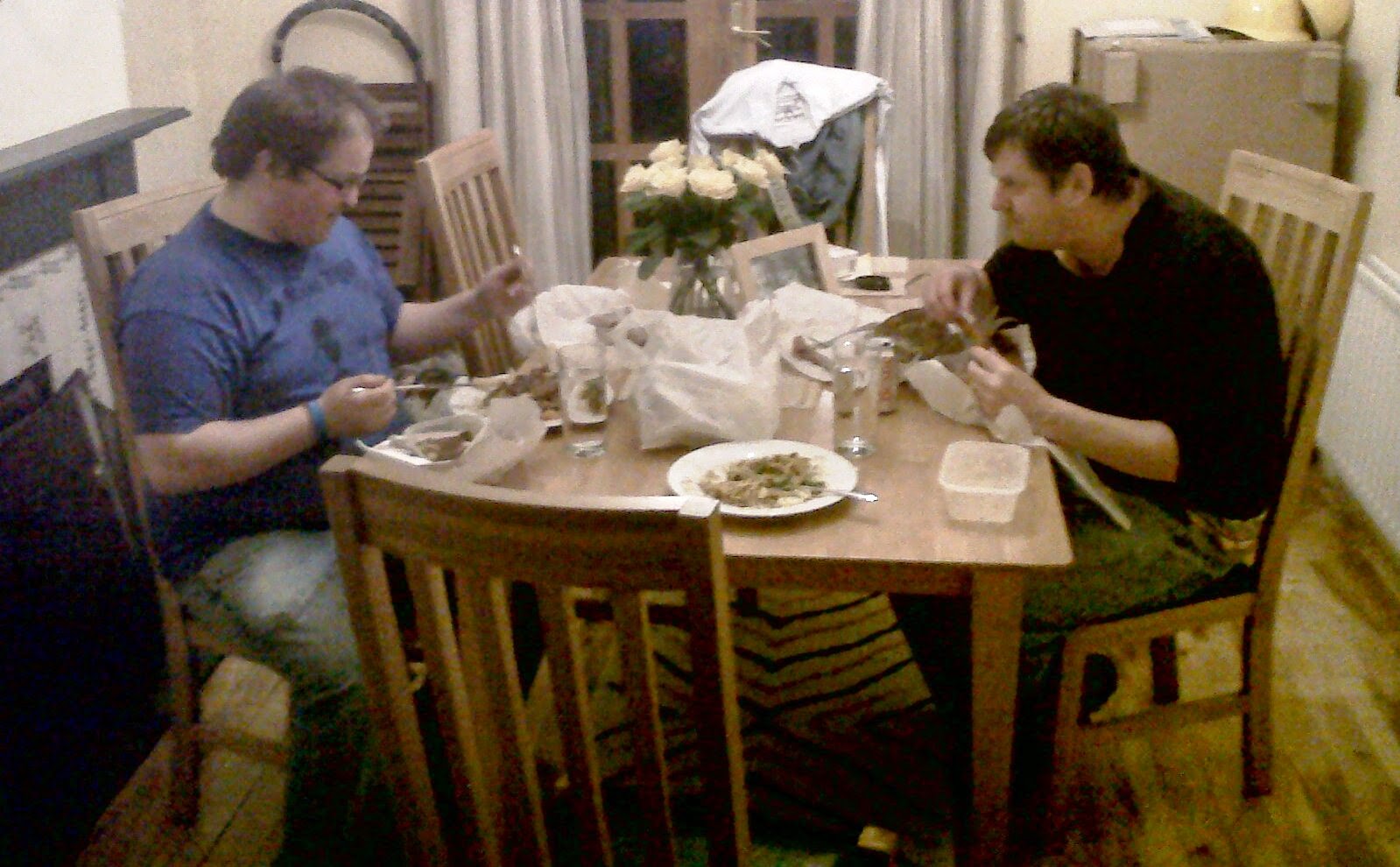 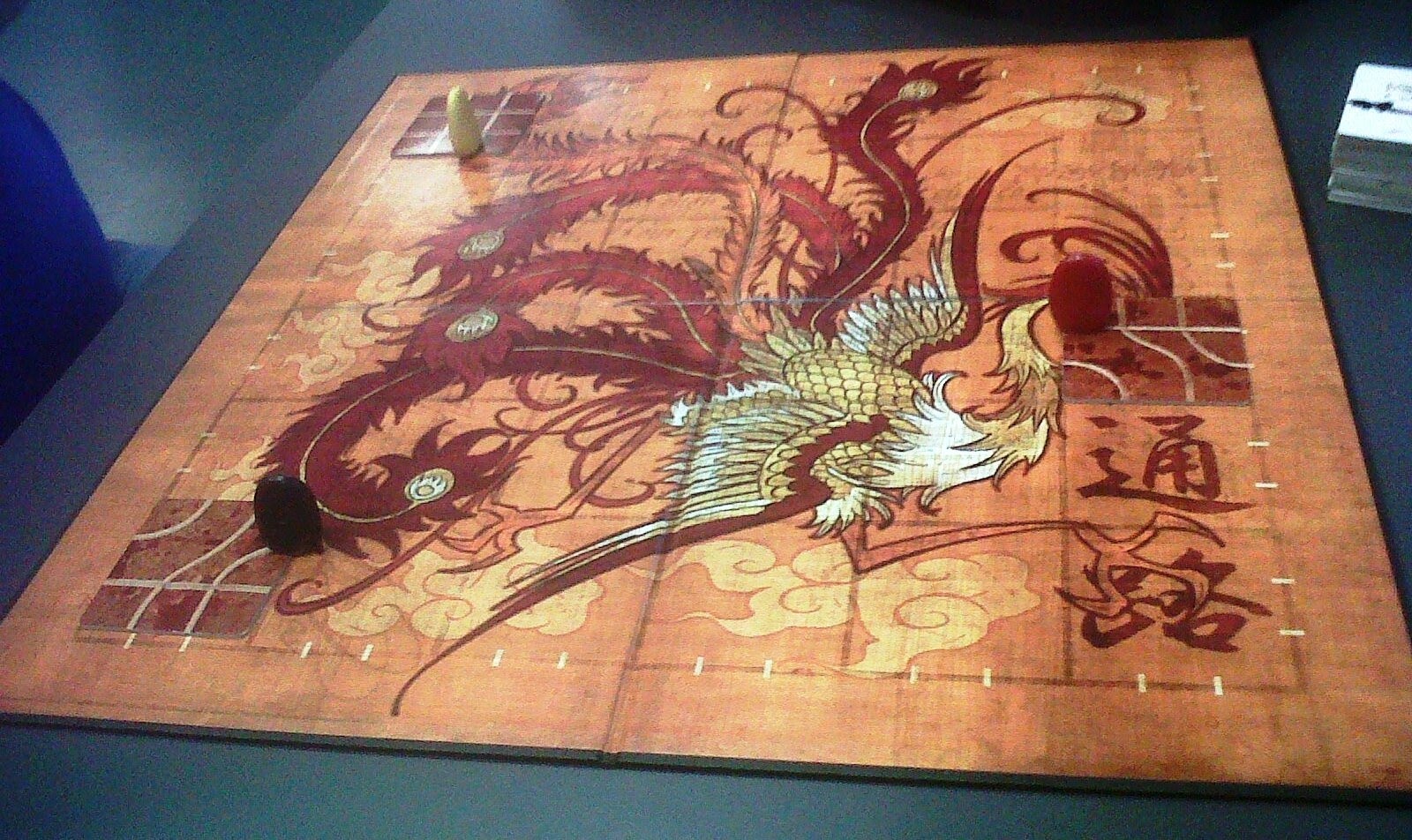 On Saturday we got stuck into Sekigahara, Napoleon the Waterloo Campaign and I grabbed a game of Memoire44 Overload with Garfield and friend's. A visit to "Build a Burger" for refueling was followed by a venue change to the role players area, where the tables were much better than in "Relish". The staff kindly supplied us with refreshments and we finished the night with a classic, El Grande. This is a wonderful area control game currently out of print, there is however talk of a reissue by Z-man games in the near future. I leaned a valuable lesson while playing at Qcon, taking an early lead is not a good idea as the other players may coalesce into a faction determined to reel you in, which they succeeded in doing. Not before many attempts by my good self to foster division amongst them. Wise to my tactics they remain resolute and put me to the sword.

We took it easy on Sunday and played another game of Napoleon the Waterloo Campaign to bring a fantastic weekends gaming to a close. Qcon was an escape from reality, a sojourn to this islands biggest geek fest. Roll on next year. 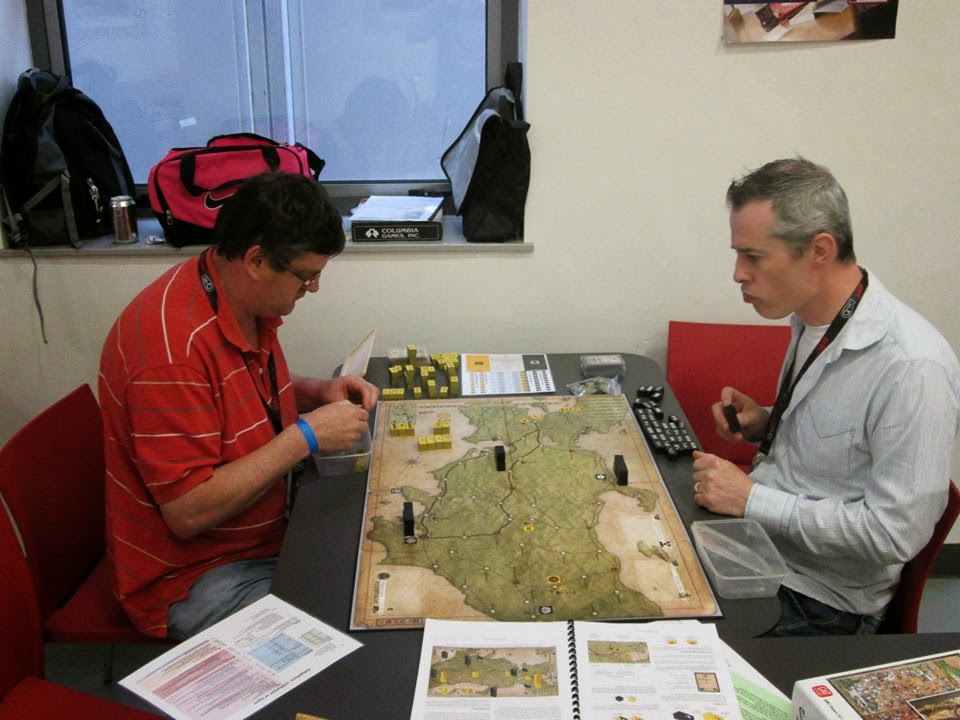 Email ThisBlogThis!Share to TwitterShare to FacebookShare to Pinterest
Labels: Board game, QCON