Chopper goes down in an East African shanty town. 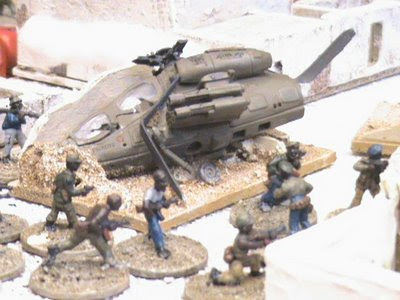 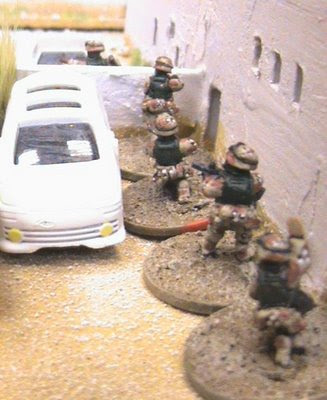 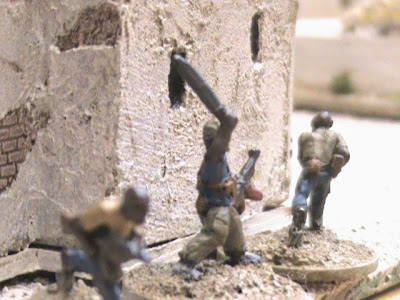 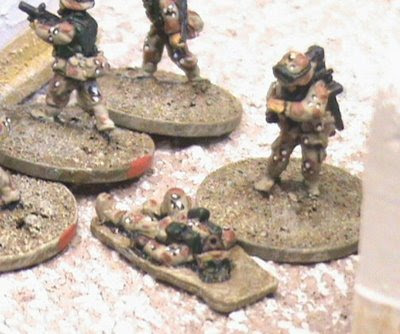 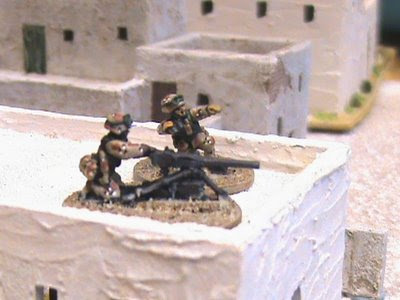 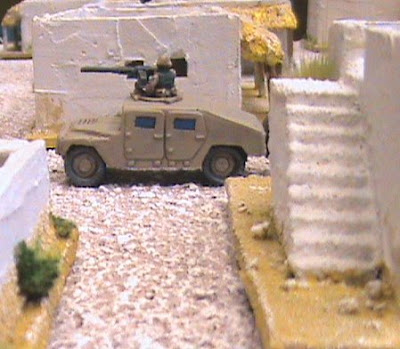 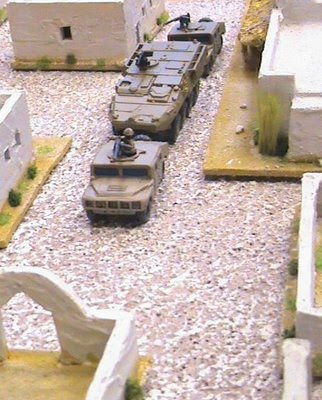 I played my first game of Ambush Alley at the clubs monthly bash. Ambush Alley is a modern miniature wargame that allows players to recreate the intense counter-insurgency actions in an urban environment. It is a really enjoyable, fast paced game, with an intuitive easy to understand game mechanism. The game can be played at any scale from 15mm up. 15mm scenarios call for a 2’x2’ table, while 28mm games only require a 4’x4’ table. Ambush Alley is accessible for those on a tight budget as few scenarios require more than ten figures for the Regular force and a dozen or so for the Insurgents.
FIGURES : Peter Pig & Old Glory
RULES: Ambush Alley
PAINTER: Glen Seymore
Posted by decb at 3/07/2009