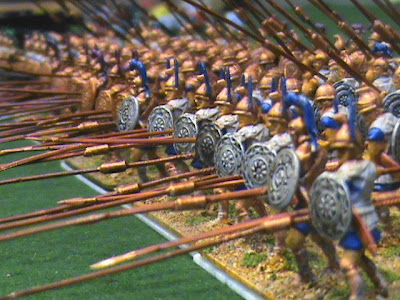 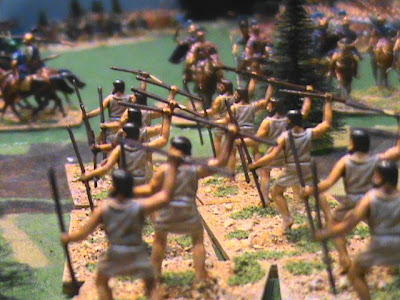 I took part in a five player game of Diplomacy at this months Omagh wargame's meeting. Diplomacy is a strategic board game created by Allan B. Calhamer in 1954. Its main distinction from most board wargames is negotiation: Players spend much of their time forming (and betraying) alliances with other players. Set in Europe just before the beginning of World War One, Diplomacy is played by up to seven players, each controlling the armed forces (armies -fleets) of a major European power. Each player aims to move his or her units - and defeat those of others - to win possession of a majority of strategic cities and provinces marked as "supply centers" on the map; these supply centers allow players who control them to produce more units. First to control 18 supply centers wins.

I had a lot of fun with this game, a real head wrecker. I believe the majority of those who took part enjoyed the game and are keen to have another go in the near future.

Some useful links for Diplomacy rules and map downloads can be found below.

http://www.wizards.com/default.asp?x=ah/prod/diplomacy
http://www.diplom.org/index.py
Play Diplomacy online.
http://www.playdipl%20omacy.com/
Also at the club this week the first outing for Field of Glory's ancients rule set. A few picture's of the game between Republican Romans and Alexanders Macedonians can be seen above. All figures are plastic from the HAT and Zvezda ranges. I believe Alexander claimed the victory.
Posted by decb at 10/04/2008

Email ThisBlogThis!Share to TwitterShare to FacebookShare to Pinterest
Labels: Ancients

Looking Good mate!!
I vote you in as club photographer.
Glenn.

This is pretty impressive. Nice graphics and layout. More lively than mine anyway. Where did you get all the pics? Maybe that's what i need for mine.