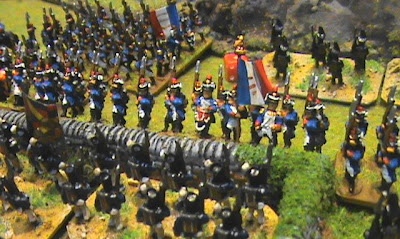 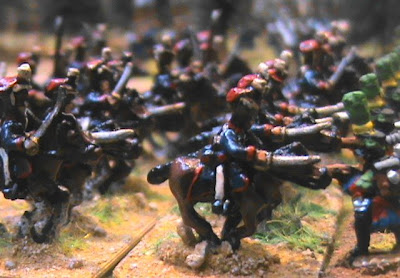 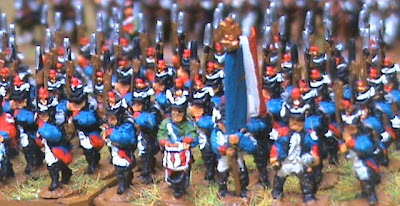 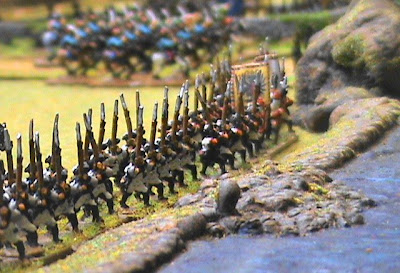 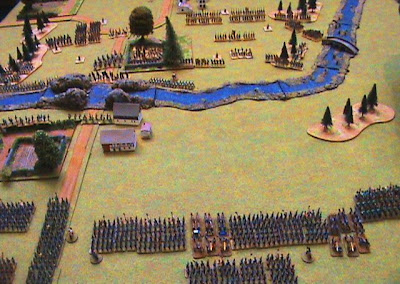 Over view of the battlefield.

This months meeting of Omagh wargame club featured a 10mm Napoleonic battle. Superior French forces clashed with retreating English and Spanish troops. Wellington's troops came of best and were able to retreat in good order due largely to the efforts of his Spanish allies and clever placing of light troops. These light troops harassed and delayed the chasing French, causing consternation to the French commanders and many casualties amongst their men.
This battle was organised and umpired by Dave "the" Bruce who supervised the game to his usual exacting standards.
FIGURES : Flashing Blade / Pendraken 10mm.
RULES : Arthurs Eagles, Written by Dave Bruce.
Posted by decb at 11/02/2008

Email ThisBlogThis!Share to TwitterShare to FacebookShare to Pinterest
Labels: Napoleonic