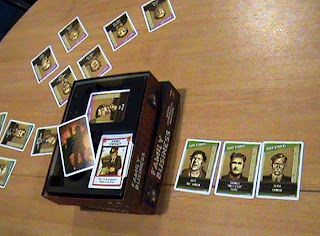 Don't mess with the family.
The Loaded Dice boardgame club reloaded and reformed for another nights gaming. Great to see a couple of new recruits have enlisted. As usual we played various games including Lost Battles, Fuedo, Pandemic and Family Business. 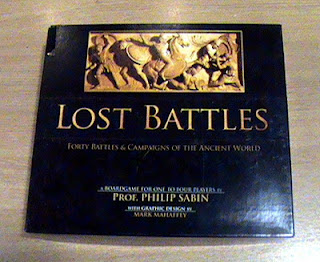 Lost in Battle.
Glen has become a big fan of Lost Battles and introduce myself and Dave Spratt or Spratt as he has become know to Lost Battles.  A wargame where tactical battles are fought on a 5 x 4 grid of terrain tiles﻿. The game covers Ancient battles and campaigns in the Mediterranean and Near East. A campaign system comes with the box which Glen has already got under way. 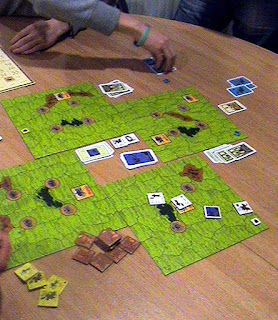 A plague upon you.
Dave B brought along Feudo.  Players move their various units from their castle, around a map, capturing cities and eliminating enemies. Every turn a plague breaks out and may infect your army units. You use cards to move your army, and shillings to purchase additional movement or mercenaries. 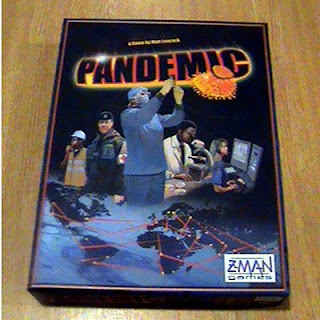 Time is ticking.
A few of us got a couple of games of Pandemic in. A great fast play﻿ co op game. Our first attempt lasted only 10mins before the world went under. The second game lasted longer but the result was the same. 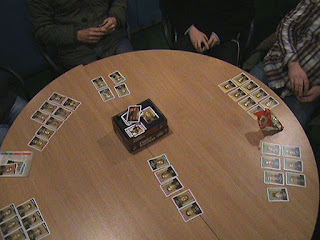 Hey Tony﻿
Finally we all got together and played Family Business. Mob warfare at its bloodest. Backstabbing, revenge, and general bloodthirstiness, all combine to make this great fun. Every player controls a 'family' and plays various cards to kill off other players' family members. 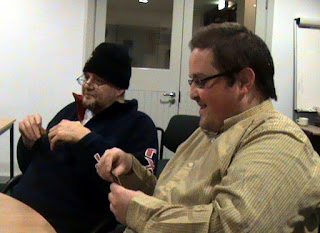 Whom to gun down. 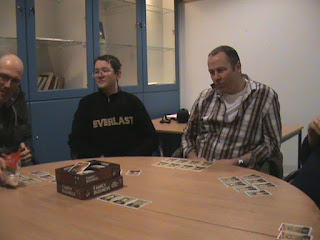 Good one!
And only another week until the next meeting.