Recently, Arthur and I spent a most enjoyable weekend on a grognard road trip. We travelled to Dublin to attend Chimera Con. Chimera con is a day long board war-game convention, with a focus on the larger, longer and more complex war games. This event is designed to create the critical mass of players, time and table space, to make these games happen. The convention included experienced game facilitators, tutorials for new players and a free play area for pickup or shorter games.


The trip started on the Friday when we hooked up with gaming buddy Al, who happened to be in Dublin for the weekend, for a game of Triumph and Tragedy. This game went the full term, with a Western Allied hegemony victory eked out in a very tight affair. The Allies (played by moi) remained at peace while the Russians (played by Arthur) and Germans (played by Al) got involved in a costly war in the Balkans, triggered by the ever aggressive "Reds", who got over zealous following early military success’s. Will he never learn? .The night was finished off with a few beers and the excellent card game "Battle Line" as the perfect filler, a new version has been developed with a medieval theme.
On the Saturday we started early and made the short trip to the Teachers Club in Parnell Square where Chimera con was being held. We joined thirty eight fellow grognards for a day’s gaming, attendees were mostly Irish with a few brothers in attendance from Poland and Italy. A range of war games were played on the day including ….. 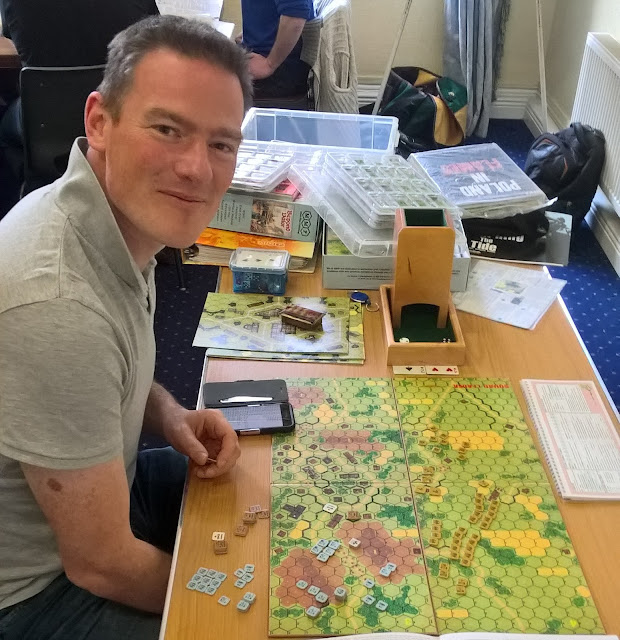 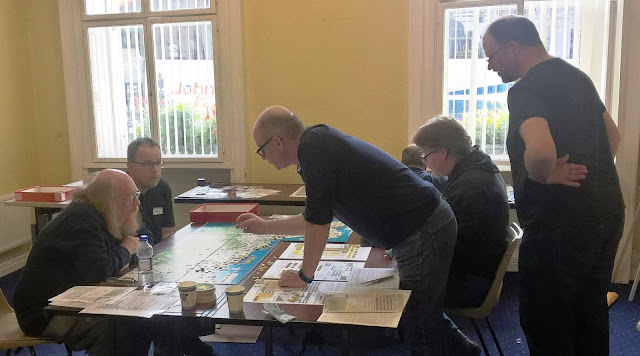 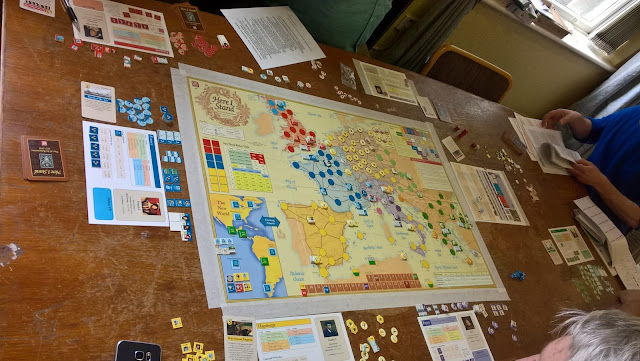 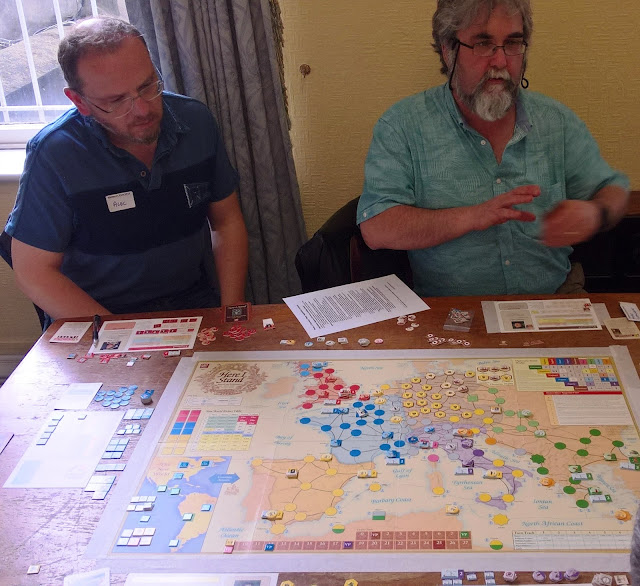 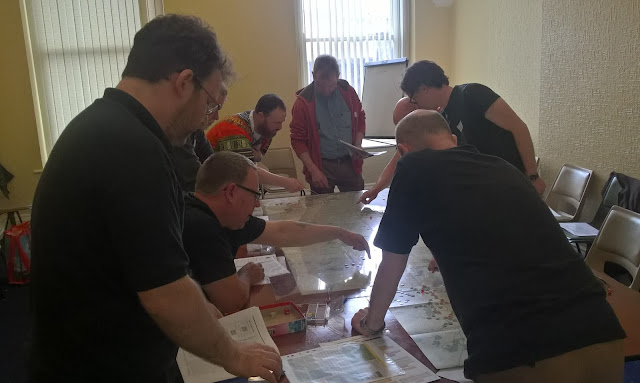 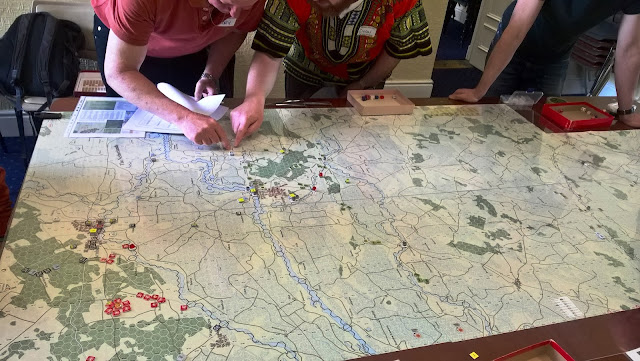 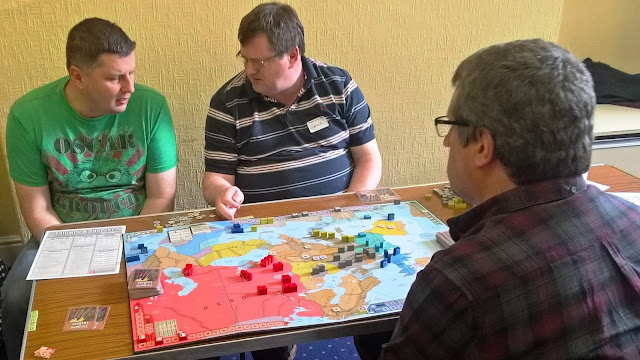 Struggle of Empires.
The day was closed out with a few well needed pints in the clubs bar with organiser Rob and fellow attendees. This was a chance to do a little post game analysis and talk all things wargaming.  A BIG thank you to Rob, who organised the event and was the driving force behind the whole endeavour. All in all it was a wonderful opportunity to network with fellow hobbyists from across the island of Ireland. Hopefully this is the first of what will become an annual event in the Irish wargame calendar.
On the way home on Sunday we visited Glasnevin cemetery. The cemetery contains historically notable monuments and the graves of many of Ireland's most prominent national figures. These include Michael Collins, Daniel O’Connell, Parnell, De Valera, O’Donovan Rossa, Kevin Barry and Roger Casement, to name but a few. Arthur remarked how ironic it was that some of those who were bitter rivals and enemies in life now lay a few feet apart united, neighbours in death. 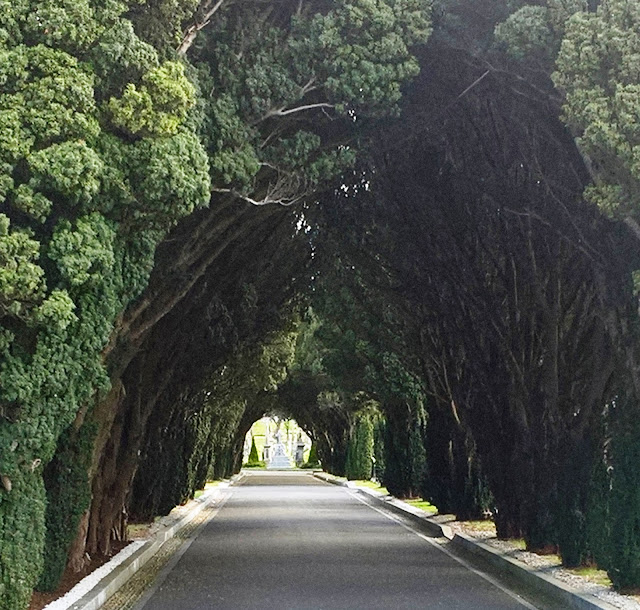 Tree lined avenue Glasnevin Cemetery.
The final event on the trip was a visit to the Irish Military Museum outside Ardee in County Meath. The site covers 5000 square feet of floor space and recreates examples of trenches from the First World War. The Museum also houses a large collection of WW2 Allied and Axis vehicles and deactivated weapons. By good fortune we happened to visit the museum on its annual open day weekend so found a large number of military vehicle enthusiast’s and reenactors in attendance. 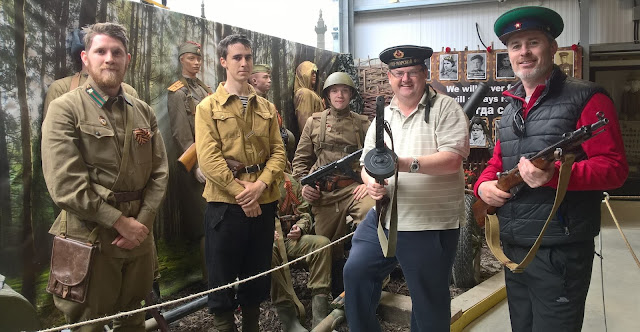 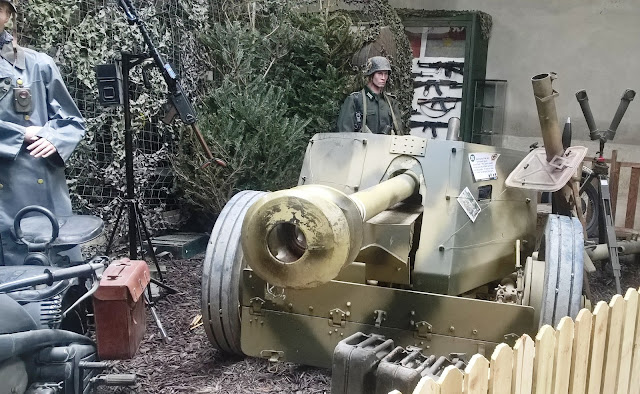 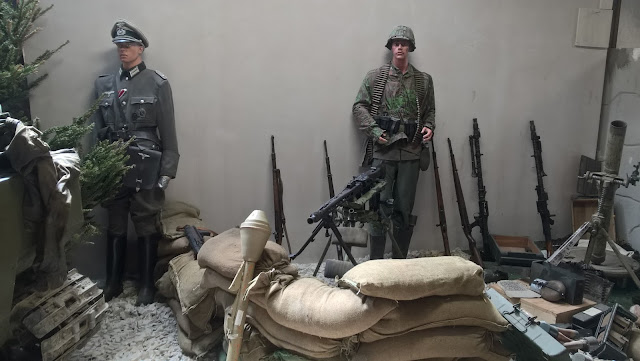 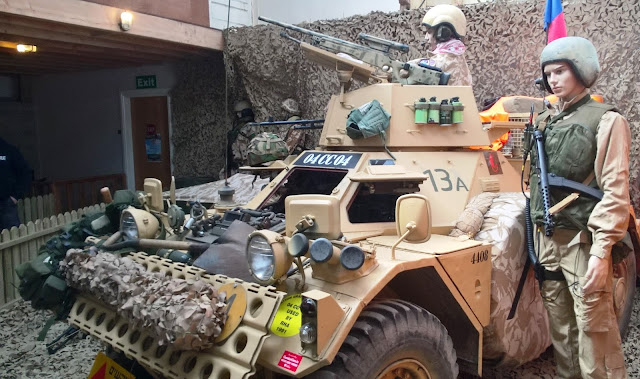 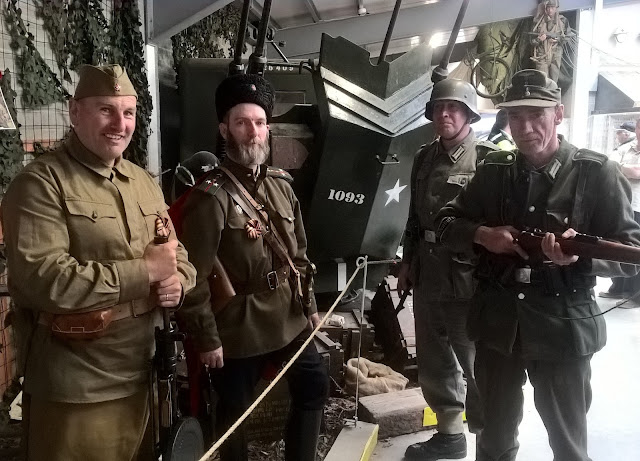 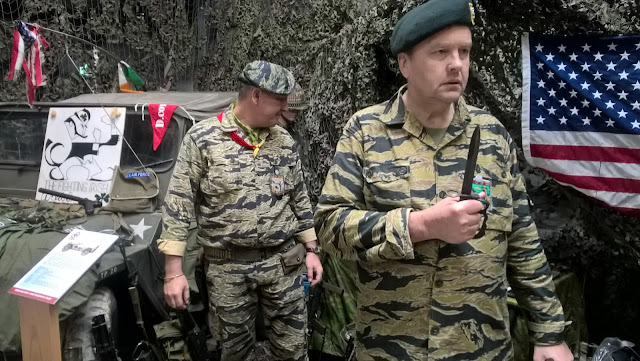 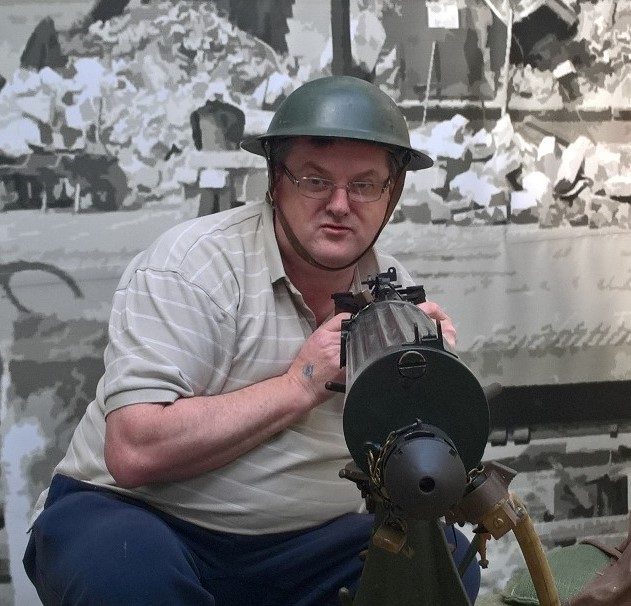 Bray opens up with the Vickers.

A most enjoyable excursion. Now it's time for a good sleep, a welcome return to some proper food and planning how to inform the wife that the Qcon road trip takes place next month. Ear plugs any one!
Posted by decb at 5/15/2017