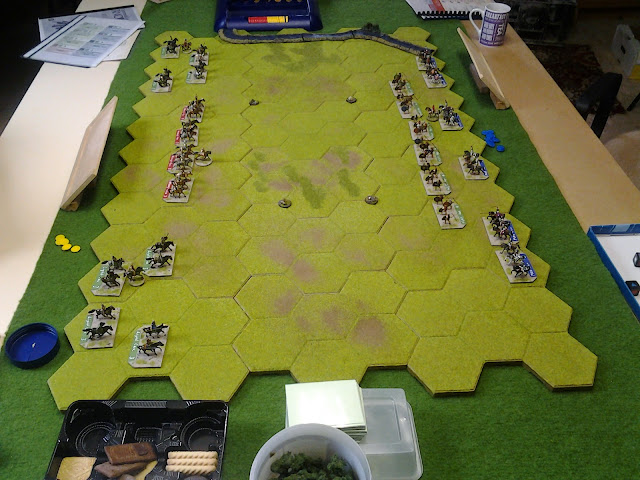 Fellow grognard Arthur and myself have decided to run a Commands and Colors Ancients Campaign. It has been over five years since we last played campaigns in this system. The plan is to re fight all the second punic war battles which took place in Italy between the Carthaginians and Romans. Arthur has been painting like a demon to prepare some 1/72 plastic figures for the campaign. First battle in the campaign is Ticincus River 218 BC. We used the excellent ccancients.net website for resources to plan the campaign games. We will play each game back to back and swap sides. 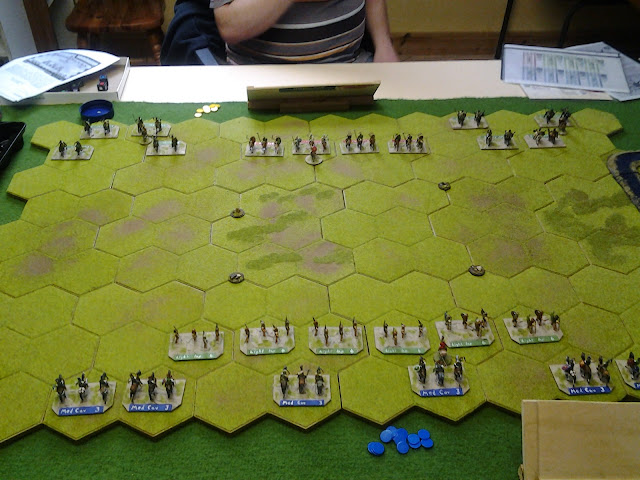 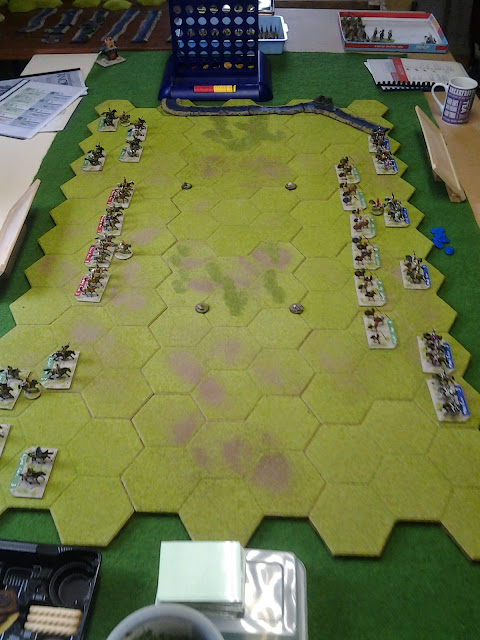 Historical Background - Ticincus River
Hannibal has completed his epic march across the Alps, but has lost fully half of his soldiers in doing so. The Consul in Southern Gaul, Publius Scipio, has shadowed Hannibal’s advance following the coastal route. He intercepts Hannibal in Northern Italy as he is rebuilding his army with Gallic recruits. Neither commander is willing to bring on general battle, but Scipio does advance his light troops and cavalry, unaware of how much better the Carthaginian cavalry was than his own. Hannibal counters with his cavalry, including the fearsome Numidian light horse. Hannibal gives Scipio a tactics lesson. His heavy cavalry smashes into the light infantry, drawing the Roman cavalry into the fight. At that point, the Numidians hit both flanks, driving off the disorganised surviving cavalry, wounding Publius Scipio in the process. Historical result, victory to the Carthaginians.

6 Banners needed for a victory. 5 command cards to Carthaginians 4 to the Romans.

In our battles the Carthaginians won both games 6 banners to 2. The tactic of using light cavalry to surround and trap units proved very successful for both players as the Carthaginians. A lucky roll by myself as the Romans managed to bag a Carthaginian leader for a two banner result in the first game. As the Carthaginians I learnt from the sharp lessons handed out by Arthur and pushed up my light and heavy cavalry to trap Arthur's Romans on the base line causing many units to flee and retreat for easy banners. 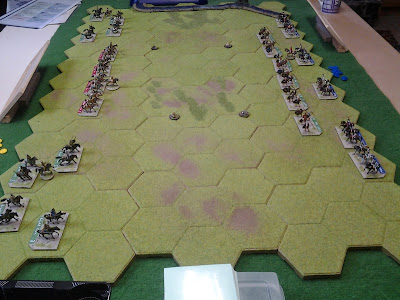 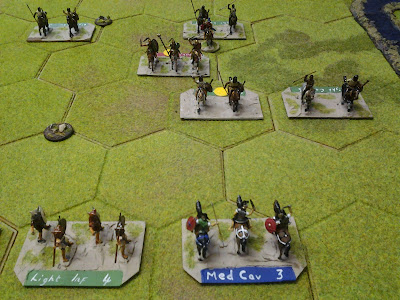 So after game one in the campaign all is square. Eight banners each.
Posted by decb at 5/25/2015

Email ThisBlogThis!Share to TwitterShare to FacebookShare to Pinterest
Labels: C and C Ancients

Great looking setup. How long is the campaign set to run?

Thats a good question Conrad, as long as it takes is the answer I suppose. We can get 3 / 4 games in on an evening. We may pull the pin if one person is running away with the campaign. Time will tell.