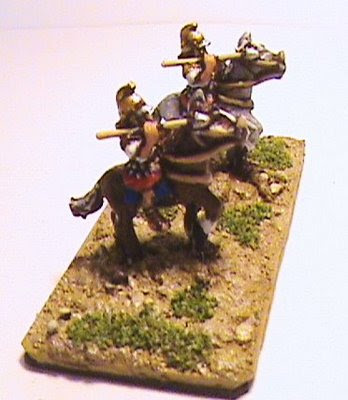 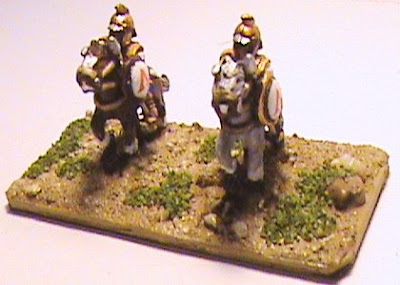 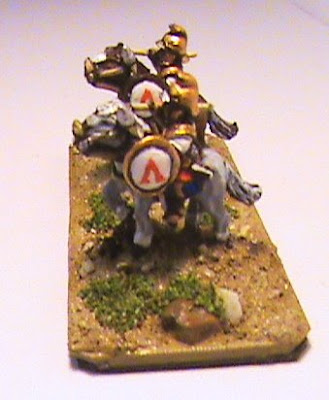 Photograph's show 10mm Tarantine Cavalry. The Seleucid and Epirus armies of the successor kingdoms found gainful employed for these troops after the death of Alexander the Great.
Originally the cavalry of the army of the Greek city of Tarantas (Tarentum) in Magna Graecia, they were renowned for their peculiar battle tactics. They were the only cavalry of the Graeco-Roman world to employ pure, advanced skirmishing tactics, called the Tarantine Circle. They were unarmored and normally equipped with shield and javelins, which they hurled at the enemy, evading any attempt to engage in close combat. In the Hellenistic era, we have numerous references to Tarantine units, even in the armies of the eastern Macedonian empires, but unfortunately no definite account of their equipment or their tactical use.
Figures: 10mm Magister Militum
Posted by decb at 5/26/2009