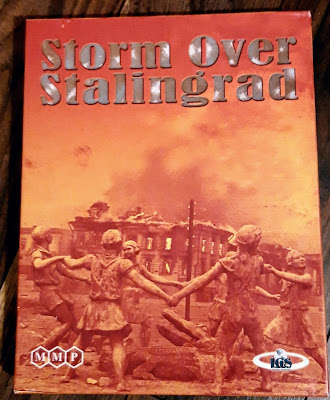 Having recently listened to Antony Beevors audio book "Stalingrad", my interest in this topic was tweaked and I accepted the timely trade offer from Patrick on the geek for "Storm over Stalingrad". This 2008 classic, area impulse game by MMP is streamlined with only seven pages of rules. It uses cards to enable air and artillery support for attacks or the ability to move and attack.

The game has been set up and a learner solo session is planned for the weekend.

A few staggering and chilling stats on the battle.

Historians estimate 1,100,000 Russian military casualties either dead , wounded, missing or captured. In addition an estimated 40,000 Russia civilians were to perish. Germany and its allies lost 800,000 during the Stalingrad campaign. This number includes 91,000 capture of which only 5000/6000 survived captivity to return home. 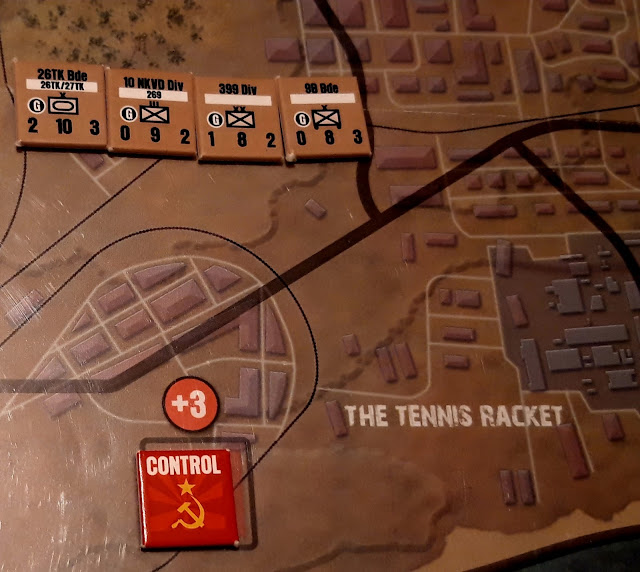 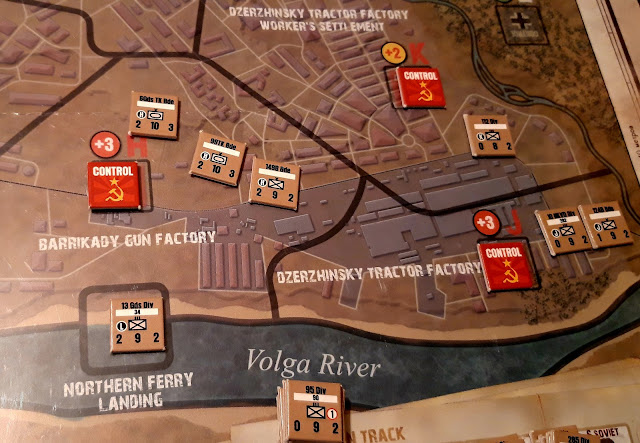 Email ThisBlogThis!Share to TwitterShare to FacebookShare to Pinterest
Labels: Board game, Storm over Stalingrad